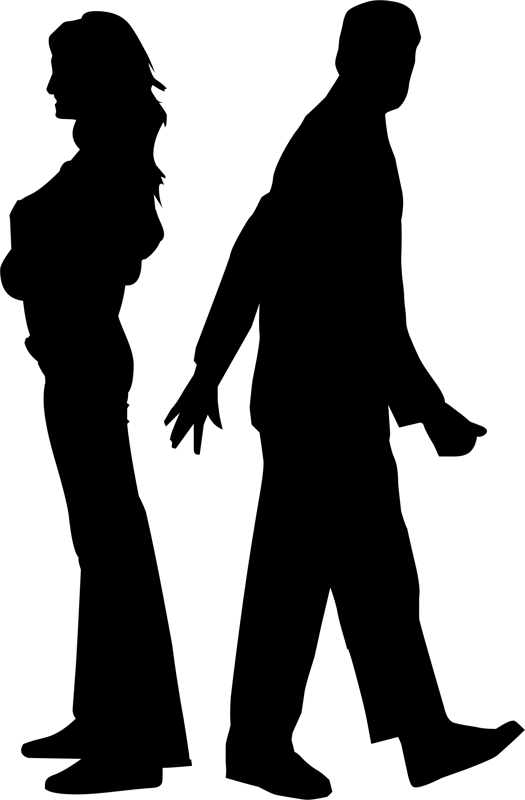 and the deep wide chasm that separates them.

Meera stepped in to the house after spending a fun, but exhausting day with her daughters. To her horror she was greeted by a large pool of water accumulated in the living room. Distressed, she marched in to Nishant's home office. “What happened?” Meera asked accusingly.

“Huh?” Nishant had a distant look in his eyes.

“There is water everywhere.” Meera sounded impatient and irritated.

“The maid must have disturbed the pipe of the washing machine.” Nishant looked up at her and offered no further explanation.

“Oh, but didn't you insert the pipe in to the drain for the dry cycle?” Meera complained.

“No. I left it where it had been during the wash cycle .”

Meera did not say anything else. How could Nishant forget? He had done this several times before and knew the procedure. Meera hated having to deal with the watery mess, especially when she was suffering from a nasty cold. But Nishant knew that. Yet he just sat there doing nothing to help. Meera tried to calm herself as she went to fetch the plastic broom. Nishant has always been a sensitive and supportive husband, she thought. He must have some reason for behaving the way he is. I should just calm down and figure it out.

But she could think of no reasonable explanation. Why won't he talk about it? Why does he just clam up like that? He has always had trouble apologising. Yes, I think, I know what happened. He forgot to put the pipe in to the drain. That's fine. Everyone makes mistakes. Especially since he was doing something hasn't done in a while.

But why won't he apologise? Why is it so hard for him to admit he messed up and offer some help or at least some sympathy? Just as these resentful thoughts were clouding Meera's mind Nishant spoke. “You can just let it be you know. You don't have to sweep it out. It will dry up in the fan air. A lot of it already has.”

Meera struggled to be calm, but lost the battle with herself. “And what about the kids while we wait? How many times will they slip and fall and hurt themselves.” Angry tears rolled down Meera's cheeks.

Nishant sighed and got up. He then walked in to the room he used as his home office and locked the door. Meera was very angry with herself. Why couldn't she control her tears. They always betrayed her, made her look weak when they had an argument. She punched the wall in frustration and continued to clean up. She hated Nishant for both literally and metaphorically shutting the door on her.

Meera was all set to step out with the girls to visit her parents. Nishant was having an usually busy time at work and wouldn't be able to make it. But he said, “Go have fun girls and tell me all about it when you are back.” Then he gave them their parting hugs and immersed himself in his work at his home office.

Just as Meera was leaving she called out. “Honey, I forgot to do the laundry last night. I have turned on the wash cycle now but will you please switch it to the dry cycle?”

“Sure.” Nishant called out, not looking up from his work.

Later when the cook served lunch, Nishant emerged from his home office. His work was going well but there was still much to do. Even while he ate, his mind was still on his work. Just as he finished eating he remembered that Meera had asked him to switch the machine to the dry cycle. Still somewhat distracted he started the dry cycle. The pipe was pushed out in to the bathroom. Wasn't there something he was supposed to do to the pipe for the dry cycle? Nah, it looked fine. The stool held it in place.

After lunch Nishant opened the door to the cleaning lady and got engrossed in his work again. An hour later he stepped out to drink water and the house was a mess with water all over the kitchen and living room.

He rushed over to the machine. The pipe had slipped out of the bathroom. Oh right!. Now he remembered. The cleaning lady would move the stool to sweep and mop. So in the dry cycle Meera always directly inserted the pipe into the drain where it was held firmly in place. It couldn't be done for the wash cycle when the water pressure was too high, but during the 4 hour long dry cycle it was the best way to prevent mishaps.

Now what? Nishant had to finish up his work. He was running out of time. He also wasn't supposed to bend much, because he was recovering from a back sprain. So he switched on all the ceiling fans and exhaust fans at full speed, hoping some of the water would dry up.

Then Meera came home right at the time Nishant was writing some particularly complex code. So when she barged in to his home office, he was quite abstracted. For the moment he had completely forgotten about the washing machine disaster. So he was quite hurt with Meera's angry greeting. First he was puzzled and did not react.

Then he recalled what happened and tried to explain the situation whilst he collected his thoughts. But then he saw the look on her face. It looked so accusatory. It was like she thought he had done this on purpose just to make her miserable.

Meera had a very expressive face. She beamed with joy and happiness on most days, and he loved that about her. But then at times like this that same face would wound him like nothing else could.

One look at that face and he could only think cruel things in retaliation. So he decided not to say anything at all. It would be best. That way at least he would not regret his words later. When Meera went out to the living room to clean up, he followed her. He wanted to tell her that he was sorry he couldn't help because of his recent back injury. He was also worried about her cold. He did not want it to get worse. So he offered a solution.

Meera had snapped and that was hurtful but worse than that were the tears. He had no defence against them. The moment he saw her cry, he felt like a monster hurting a little child. Why did she do that to him? It was so unfair. And then he felt angry at her for making him feel like a monster. He did what he thought was best in the situation and walked away.

That night they finally confronted each other. After 5 minutes of the two shouting at each other they were finally able to work out their issues.

“Why couldn't you be sympathetic, at least?” Meera asked. “Even if you couldn't help, you could have been sympathetic.”

“How can you expect me to be sympathetic when you look at me like a wounded animal, implying that I am the cause of all your distress and pain. Do you know how much that hurts?”

“But I was doing my best to control my words. I cant control the look on my face. Believe me, I would, if I could. I hate that my face betrays my emotions when I want to hide them.”

“Yes I know you cant control it, but you must understand that it hurts me and I cant be sympathetic when you look accusingly at me. I too am human. Also I feel terrible when you cry. I feel like an awful person for making you cry, but I cant let that stop me from stating my point of view. I respect you too much for that. So I walk away.”

“I don't cry to manipulate you. I do it because I cant stop myself. It makes me look weak and I hate that during an argument. But what's the point of walking away? It doesn't solve anything. It makes me feel like you can't be bothered to address the issue.” Meera was sobbing by now.

“Can't be bothered? How can you think such things of me? Why do you always think the worst of me when we fight? Even after all these years? The reason I walk away is, because I have a temper and I don't want to say something in a moment of anger that I don't really mean and will always regret. I pull away to calm down, so I can address the issue later. I know you need to sort the problem out right away. But I can't. I need time to calm myself, so I don't hurt you too much. Not everything can be the way you need it. I try to minimize long term damage and you have to understand that and let me deal with things on my own time.”

“But you just happily go off to work. I can't focus on anything till we sort things out.”

“I do go off to work, but not the least bit happily. We deal with being upset in different ways and we must let each other sort it out in our own ways at our own pace. But you get so upset when we fight. We fight rarely, so yes we need to resolve fights, but I wish you wouldn't get so upset by them. But no, you can't do that, just like I cant be hurried, and it is not fair of me to ask . But please try to remind yourself that we are really good together and we will soon sort it out, just like we always have in the last decade and I will try harder calm myself more quickly and address the issue as soon as possible.”

“Yes that's true. We always do talk about it and fix it eventually” A smile shone through the tears on Meera's face.