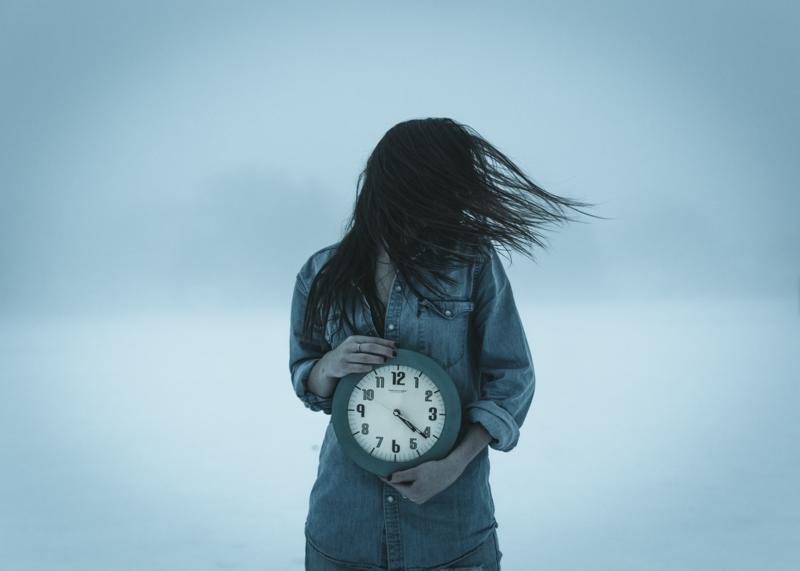 Photo by Seth Macey on Unsplash

What a morning it had been for Sujata. Nothing seemed to be going right. Her daughter Saachi, too, had picked today to be stubborn.

“Saachi! What’s wrong with you? We have to leave in ten minutes. Why haven’t you finished your breakfast yet? Do you want to go to school or not? Come on hurry up.” Sujata shouted, as she searched for her phone.

The only thing Sujata hated more than being late was other people who did not honor their commitments on time.

“We are never late, Mama. In fact, I am always the first student to reach school.” Saachi grumbled. But she knew it was no use protesting. She knew what her mom would say.

“My goodness Saachi. How many times must we have this conversation? You must learn to be on time, value your own time and other people’s time. That’s the only way for the world to work efficiently. It’s criminal, how much time is wasted waiting around for people who can’t be bothered to keep their appointments on time. You know we need to keep a fifteen minute buffer at least, because your school is so far away. One broken down truck on the highway can create enough of a jam to delay us that much. What if we get pulled over? What if we get a flat? We need to keep some time in hand.”

“But Mama, these are rare situations and that is why the school allows students to be late a few times every year. These are not in our control. We can’t budget time for these occasional mishaps every day. Then aren’t we wasting the time we keep as a buffer?”

Sujata frowned and glared at Saachi. This was always how these conversations ended. Saachi knew she would have to follow her mother’s crazy rules, as long as she lived under her roof. Being six, she realised it was going to be for quite a long time, and she sulked. Sujata just could not bear to be late, and no amount of rational arguments would change that.

After Sujata returned from dropping Saachi off at school, she called the plumber. The drain in her bathroom was choking and today was the perfect day to get it fixed. She had taken leave because she had a mid-afternoon appointment with her doctor, so she decided to also use the day to solve often neglected problems. She had called the electrician too to fix the geyser in the kitchen.

At ten, she had finished her bath and was waiting for the plumber to ring the doorbell, but it was her mobile that rang instead. “Hello.” She answered.

“Madam, it will take me another hour and a half to reach. I got delayed at another job.” The voice at the other end said, amidst honking and other traffic noises.

Sujata was angry. Why couldn’t anyone, in this god forsaken country, be on time and honor their commitments? Now she would have to reschedule her appointment with the beauty parlor, where she had meant to get her hair cut.

As she waited for the plumber, she fumed. What a waste of leave, she brooded. How do these people make their lives work, if they can’t do anything time, she wondered. How could people break their word and be so inconsiderate, without the slightest pricking of their conscience. Or had their conscience been numbed over the years?

The electrician too came half an hour late. There seemed to be no shortage of excuses people could invent for their tardiness. Thanks to the electricians late arrival, she had to leave later than she had hoped to, for the doctor's appointment. Worried about being late, because of an awful traffic jam, she got out of the rickshaw, and walked the last few hundred meters, making it to the clinic just on time.

Sweaty and grimy, she was most annoyed to learn that the doctor was late. Distracted by the irksome challenges she had faced all day, Sujata hadn't given much thought to what the visit was about, but when she saw the doctor enter, it all came back to her. She had been hoping it wasn’t anything serious and it probably wasn’t, but sitting in the cold depressing waiting room, it was difficult, not to be scared.

A week ago, during her annual gynecological checkup, the doctor had noticed some abnormality. She suspected it was a benign cyst, but since Sujata had mentioned some gastric discomfort, just to be safe, she had ordered some tests. Last night, the secretary had called Sujata to say that test results had arrived, and she had scheduled an appointment for Sujata to meet the doctor.

When Sujata entered the doctor’s office, the doctor’s grim expression did not bode well for her. So she prepared herself for bad news. Perhaps the cysts we bad enough that her ovaries would have to be removed. That wouldn’t be so bad, she thought. She did not want more children, anyway. She even managed to smile, as she sat.

The doctor steepled her fingers. “I have some very bad news.” She began. “You have advanced stage three ovarian cancer. We should start aggressive treatment as soon as possible, but let me be honest, you are not likely to live more than two years.”

Sujata was stunned. She stared at the doctor, unable to digest the news.

“Would you like to come in with your husband tomorrow, so we can discuss treatment options?” The doctor inquired.

Sujata nodded dumbly, barely registering what the doctor was saying.

“Okay, I will set up an appoint...” Before the doctor could finish her sentence, or react, Sujata had left in a daze.

In a trance like state, she walked out of the clinic and hailed an auto-rickshaw. Then, as if on auto pilot, she gave the driver the directions to her home. She did not notice the heavy traffic or the time. Slowly, she began to process the information that had stunned her out of her wits. Suddenly, when she was half way home, a thought struck her. She remembered the doctor had given her two years. In a country where no one seemed to be capable of punctuality, would death be on time, she wondered. For once, she dearly hoped not.