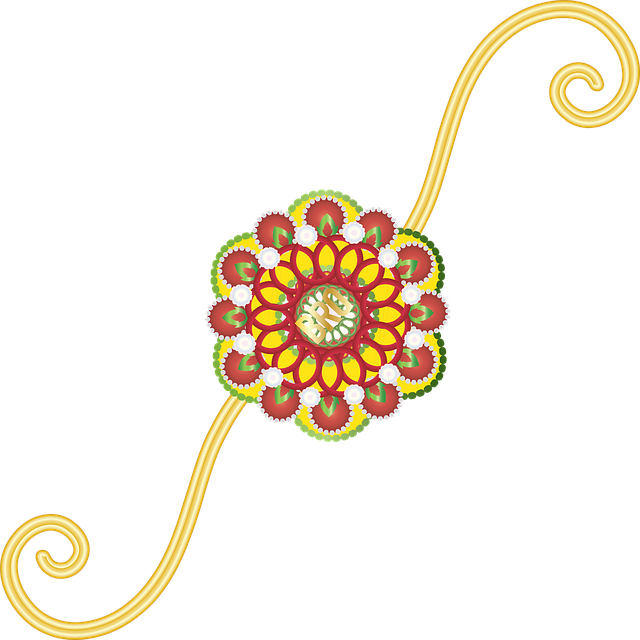 Image by Nina Garman from Pixabay

Ashwini bit her lip and fidgeted with her fingers as she paced up and down the carpeted floor of the living room. The situation was all her fault. At least, that’s what it felt like. She had just spoken to her baby brother Akshay. He was going through living hell, and it was because she had been pushy and thoughtless. She must admit it. It was the first step.

She wiped away the tears trickling down her cheeks. If only she hadn’t been so headstrong. Mom wasn’t like her. She could have easily been convinced and Akshay could have done it. After all Mom was quite traditional. She would have been happy to go live with Akshay and his family after Daddy had passed away.

But Mom didn’t seem happy then. She had timidly hinted, that she would like to continue to stay in her own home in Delhi. Akshay wanted her to move in with him in Mumbai, so he could take care of her.

“She is getting old.” He had said. “She can’t live alone.” He protested.

“Of course, she can. She needs her daily routine to help her deal with her grief. She needs to be in her own home. She needs her friends. She isn’t an invalid, Akshay. She doesn’t need you to protect ...” Ashwini had stopped mid sentence. She wished she hadn’t used that word. It always upset Akshay.

After that, Akshay had dropped the subject. He had agreed to let Mom continue to stay in Delhi, and it had been a good five years for Mom. In fact, Ashwini thought, she had blossomed. She had become so much more independent, taking care of her own finances, going for movies with friends and sometimes even going out for a solitary meal at a restaurant with a book. She explored the world in a way she had never done before.

She had always known how to drive, but Daddy usually drove and she wasn’t very confident on the road. The last few years had changed that. She had even gone on a road trip through Uttarakhand with a couple of widowed friends.

Mom had changed so much. She wasn’t the same traditional Mom Ashwini remembered from her childhood. The one that had insisted that she had to tie the Rakhi to Akshay and not the otherway around because he was her brother. He would be the one to protect her forever.

Ashwini had been furious. She was twelve, and the beginnings of teenage rebellion were already kicking in. Akshay was seven and considered himself a superhero. “Mom he is a baby. I don’t need his protection. He needs mine.” She had said, tactlessly hurting Akshay’s little superhero ego. She had only meant that she did not believe girls were fragile and needed boys to protect them. She wanted to say, that it would be more appropriate if they could always have each other’s backs. Something more symmetrical.

But she had said it all wrong, and both Akshay and Mom were angry with her. Mom soon forgot about it, but Akshay had never quite forgiven her for those stinging words, and why should he? She had never apologized. The memory of the incident sometimes soured their interactions.

The doorbell rang, startling Ashwini out of her reverie. She rushed to open it. She was relieved to see Vivek. She hadn’t realized it was already time for him to be home from work. How long had she been brooding? Anyway thank goodness he was here. Now they could figure out this sorry mess together.

She wondered if Daddy had meant as much to Mom, as Vivek meant to her. She admired Mom for being able to move on after Daddy’s death. She could not imagine being anything but a wreck, if something happened to Vivek.

“What’s wrong, Honey?” Vivek asked, concerned when Ashwini did not greet him with her usual smile.

“It’s Mom. Akshay called to say she has broken her hip.” Ashwini said, her voice trembling. “He is so mad at me. He has to go to Delhi now. He is in the middle of some really hectic project with a deadline in a week. He says it’s my fault. If Mom was in Mumbai with him this wouldn’t have happened. He says I conveniently live in California and spout feminist nonsense, while he is the one who has to deal with all the problems.” She sobbed.

Vivek put a comforting arm around Ashwini and waited for her to calm down. “Ash, it isn’t your fault. You were right to voice your opinion that she should live in her own home. Even Akshay has admitted several times over the last few years, that letting Mom stay in Delhi was a good decision.”

“Yes, but you know why Akshay initially agreed and gave in without a fight.”

“Yes, I do, and at some point you should apologize for hurting his feelings as a child, but that has nothing to do with the current situation. Right now both of you need to help your Mom.”

Ashwini blushed. She had wanted to apologize many times over the years, but somehow she just couldn’t bring herself to do it. Perhaps it was pride, or a need to protect the fragile opinions that accompanied her much criticized rebellions.

“It would have been so much easier for Akshay, if Mom was living with him. This might not even have happened.” Ashwini regretted her earlier decision.

“Come on Ash. The experiences your Mom has accumulated in the last five years is surely worth a little inconvenience to her children. But Akshay is right about one thing. It should be both her children. He shouldn’t have to do this alone.”

“I mean, whenever Mom has had a problem he has been the one who has had to address it, and her living away from him has complicated matters. In those instances there wasn’t much you could do to help from here, and they were minor inconveniences he bore well. But now he is in a tight spot, and you have accumulated some leave at work. So why not use it to go to India and help Akshay move Mom to Mumbai now, if that's what he wants, or look after her, in Delhi giving Akshay some time to deal with his project, before he takes over.”

Ashwini hugged Vivek. “I knew there was a good reason why I married you.” She winked and rushed off to pack. Two days later, she was in her mother’s house in Delhi.

She gingerly hugged her mother, who was in a great deal of pain. There wasn’t much to do, so the two of them spent most of their days chatting and gossiping. Ashwini was thrilled to hear all about her mother’s exploits. Her mother had even been on a roller coaster. “Wow Mom. You really have been having a blast. Even I have never dared to go on a roller coaster, you know.” Ashwini admitted.

“Yes.” Her mother nodded. “But for the last 6 months or so, my arthritis has become a lot more painful. In fact, a sudden sharp pain caused me to miss a step and I fell down. I should have told Akshay. But I was reluctant, because he would have insisted I move to Mumbai right away.”

“It’s time Mom. You had a great five years, but you could use some family support now. I talked to Akshay. He really wants you to move to Mumbai. Will you?”

“Yes. I will. But thanks for supporting me when I wanted to stay back. I think I finally understand your teenage rebellions.”

“You’re welcome Benjamin Button.” Ashwini winked, and the two of them laughed.

Mother and daughter shared many more sweet and salty moments as the week flew by. Soon Akshay arrived, armed to fight both his mother and his sister, determined to take Mom back to Mumbai. He was amazed and a little deflated when he met with no resistance.

That evening Ashwini and Akshay talked about their lives over the last few years. Akshay apologized for his outburst. He admitted that letting Mom be in Delhi for a while had indeed been a good idea.

Ashwini blushed. She remembered what Vivek had said. She and Akshay had been pouring their hearts out to each other. Being in the house they grew up in, somehow intensified the memory. She remembered the hurt expression on his eager 7 year old face. She knew it was now or never. “Hey Akshay, I’m really sorry. I didn’t mean it that way, you know, about you being the one needing protection. You’re pretty awesome. Look at you. You’d frighten a bear away.” She said barely meeting his eyes.

Akshay knew exactly what she was referring to. Tears came to his eyes, but then he smiled remembering how Ash had always used humour as her shield and somehow that made things easier. “I know.” He said towering over her as he gave her a hug. “I just needed to hear you say it Didi. Thanks.” Then his grin turned mischievous, and he sat on her lap. “Remember, how you used to make me sit on your lap all those years ago?” He asked innocently.

“Ouch. Ouch! Stop squishing me, you troll.” Ashwini screeched. “Mom look what Akshay is doing.” Her scream was muffled by the pillow he had just thrown at her and now she was pulling his beard.

“Hey, people in glass houses you know.” He sniggered grabbing a fistful of her long curly hair.

Mom smiled. Change they say is inevitable. She had a wonderful marriage and satisfying family life, and then most unexpectedly she had overcome her timidity, and boldly ventured out in to the big bad world at the age of sixty five, and now at seventy plus, she was ready to slow down a little. But the sounds coming from the other room took her back thirty odd years. The more things change, she mused, the more they stay the same.

At her age, it was a comforting thought.