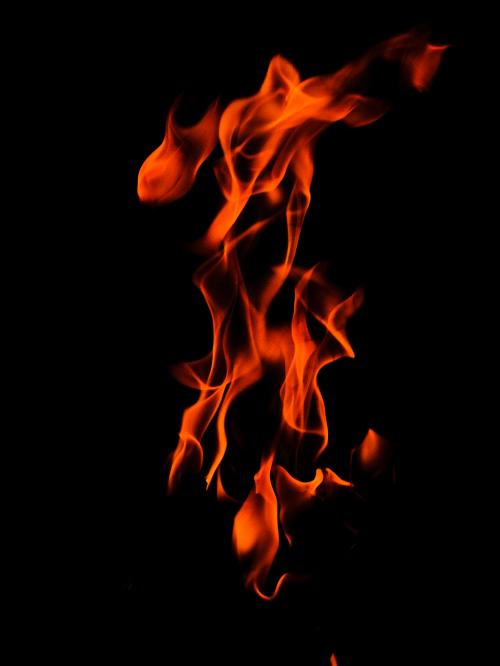 Photo by Andre Fonseca on Unsplash

I was wandering through an old empty abandoned bank building. Why did I step in? I can’t remember. Curiosity perhaps, and an unnatural pull. I had walked past the building many a time, day after day on my way to and back from work, hardly noticing it each time. Yet today I had an irresistible urge to step in. I simply had to know what was inside.

Tentatively, I turned the handle and pushed the door. Silly, I know. I mean why on earth would it be unlocked, right? To my utter surprise, the big oak door yielded to the gentle pressure. The hinges did not even creak.

Intrigued, I stepped in. No sooner had I done that, two concrete panels slid out from wall recesses behind the door making it completely inaccessible. A trap!

Who had lured me in, and to what purpose, I hadn’t a clue. Although, I had never been here before, the place seemed oddly familiar. I felt like there was something I was supposed to be doing. Time was of the essence, and I was wasting it pondering pointlessly. What was it, I was supposed to do? I felt panic, that I could not explain.

Yet, it seemed to me of paramount importance that I get to work right away. I dashed off to the stairwell I had just spotted in the shadows on my right and as if programmed to do so, I started climbing.

I kept climbing like my life depended on it. Tired and exhausted I kept going with single minded determination. All I had to do was put my foot on the next step, right? Surely I could manage that. How hard could it be?

My muscles screamed out in agony. Sweat trickled down my hair and landed on to my eye lashes blurring my vision. Yet, I kept going. All I needed to do was take the next step. I had no idea why it was so important, but I just knew in my gut, that it was.

Or did I? I can’t remember. May be I was running away from someone, or was I running towards some one, or was I trying to forget something. Who cares why? I knew I had to climb. Now the sweat was dripping down my nose like a waterfall. It wet the stair and made it slippery. There was a puddle there. I slipped and fell.

What a relief! I had fallen. Now may be I could rest. I wiped some of the sweat on my face with my sleeve. I wanted to see how high I had climbed. It had to be at least 400 stories. Wait how could that be possible? No building was that tall. I must be going crazy. May be it was only 40 stories.

I looked around for the first time since I had started climbing, and I couldn’t believe what I was seeing. It was a Penrose staircase. But soon the surprise faded, and then I had the oddest feeling. Why am I surprised, I asked myself. I should have expected this. I have been here before, haven’t I? 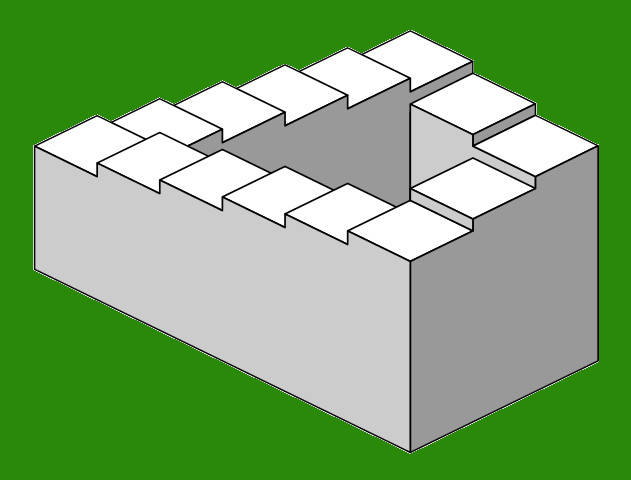 So how was I to get out? No matter which way I went, up or down I would be trapped in the Penrose stairs for ever.

As I tried to stand up, I slipped again on my own sweat and came dangerously close to the edge of the stairs. There wasn’t even a railing. Of course! There was no railing. So, all I needed to do was jump off the side. Now here was an epiphany! Not something that seemed even vaguely familiar.

But I was scared. For now that I looked down on the side I could see no floor. Just a mist concealing whatever was beneath and I had no idea how far down the floor was. Besides, even if I did get to the floor without breaking my leg or dying, there were those concrete doors. They had closed on the the door barring my path to the outside world anyway.

The concrete walls may have disappeared just as strangely as they had appeared, a small voice inside me ventured. The mist obscured everything. I had to make my decision without knowing everything. I had to try. But what other alternative did I have? I mean what good would come of sitting here for ever.

Well, the mist could clear, the same voice suggested.

"Aargh!" The mist became more dense, as if it was tightening its grip. I was starting to feel claustrophobic. I didn’t even know I suffered from claustrophobia. Or did I? Wasn’t this the exact same feeling I had last week?

I had no control over her. She had hurt me, oh so much. There was nothing I could do about it. I couldn’t force her to undo it, or even apologize for it. She considered herself to be in the right. Her actions were not under my control. I hated it. I hated it. I couldn’t help it. I just hated it. It hurt so much, I found it difficult to breathe.

I sat there staring at the mist, anger oozing from every pore. Then, I sobbed and sobbed and sobbed, until I drifted in to sleep. I could never let her see me angry or sobbing. That would never do. But here I could be weak. Here I could do anything without fear of judgment, even my own, especially my own.

Eventually, I woke up. I looked around. The mist was as dense as ever. Could breaking a leg, or even dying be worse than this? I would be sitting here for ever, and wasn’t that death anyway?

With nothing to lose, I found new courage. I closed my eyes and jumped. When I opened them, I was outside the bank. But this time there was no wooden door with a handle. Instead I saw heavy iron doors, bolted and chained with a heavy padlock. Nothing to see. No one noticed it.

I took a deep breath of fresh air. It was good to be free again!

A familiar sound drew my attention. It was the alarm clock. Of course! Now I know why that place was so familiar. I have been dreaming of it every night, and waking up in cold sweat, too exhausted to climb any further up the staircase.

Today, I had stumbled and that was the first step to my freedom.

I shut up my alarm and jumped out of bed. Was that a hunger pang? Golly, it had been ages since I actually felt like eating ...