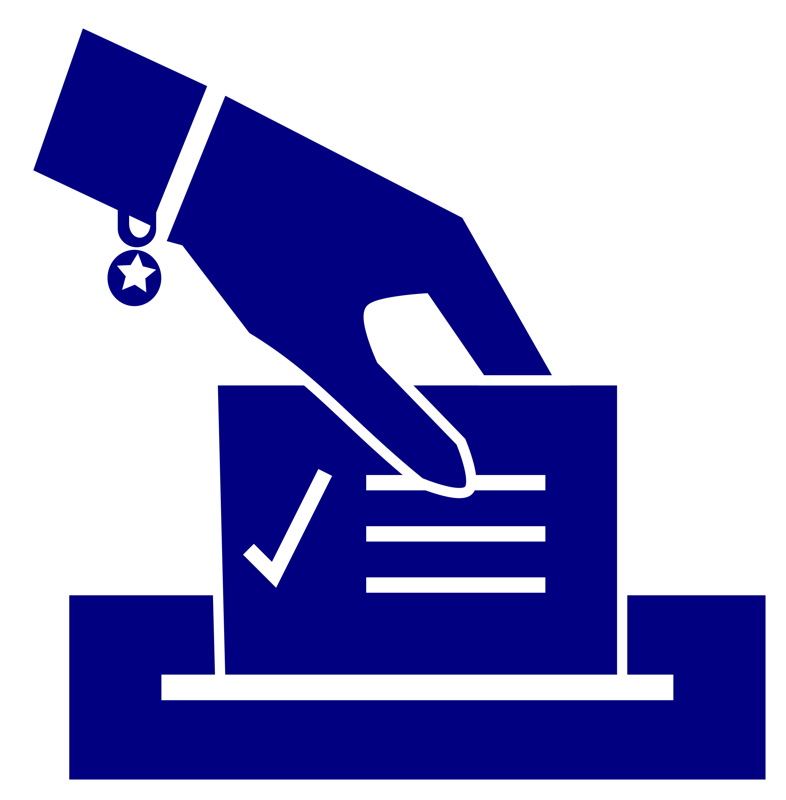 Mindy rushed along carrying her backpack. Today was an exciting day. She had been waiting for this day ever since she turned eighteen. She had to wait three whole years, but finally today was the day she would get to vote in a presidential election for the first time. She decided to go to the polling booth after her morning Physics class.

Mindy loved Physics. It was so clear cut and unambiguous. Or at least it had been, until this semester. This semester they had started quantum mechanics. Professor Dunnbarr said the most astonishing things about particles simultaneously being in two different states. These very confusing states were called superposition states. A superposition was something like, but not exactly, a mixture of states. The professor even talked about a photon interfering with itself in a double slit experiment. Schroedinger had gone so far as to design a thought experiment resulting in a cat being in a superposition of living and dead states. How bizzare! How was that even possible? What was it supposed to mean?

Mindy hoped to make more sense of quantum mechanics today. But things just kept getting more confusing. Today Professor Dunnbarr was talking about an electron being in a superposition of a multitude of eigenstates. Yet when one made any sort of measurement to determine the state (which was also called a wavefunction) of the electron, it would be in only one of those many eigenstates. And for any particular measurement, there was no apriori way to say which one. But if the experiment was done many times, then the probabilities of getting various eigenstates, could be predicted by quantum mechanics.

Mindy was no less confused at the end of class. But she was in a hurry to get to the polling booth. So she packed her books and hurried along.

On her way to the polling booth, her thoughts drifted back to quantum mechanics. How was it possible that the electron was in this superposition of states, and yet could not be measured in such a state? What was the problem? Was it the limitation of measurement techniques and devices? That was an interesting idea. But before she could think some more about it, she noticed she had reached the end of the line. It was time for her to cast her vote.

So who would she vote for? This was an issue that had been bugging her for sometime. She considered herself a responsible citizen. So she had carefully followed the election campaign of both the candidates and diligently reserached their policies as senators. But she hated this effective two party system. She liked the social policies of the Democrats, but thought their economic policies were harmful. On the other hand the Republicans had some despicable social policies, but their economic policies seemed more robust.

It wasn't even such a clean divide. Mindy was ambivalent about affirmative action, that the Democrats staunchly suppoerted. She also could not deny the importance of environmental issues and their impact on economic policies, that Republicans tended to turn a blind eye to. There were so many little issues she wanted her vote to count for, and yet her only options were Republican and Democrat. How frustrating!

So what was she? A Democrat or a Republican? She laughed. She realised that she was neither or both or perhaps a superposition. Yet this ballot was forcing her to choose one label or the other. What was going to be her eigenstate? Republican or Democrat? Mindy sighed and chose Democrat this time. But that was this time. And it was only the result of the ballot measurement. Her superposition of beliefs still persisted and now that the measurement was complete, she was free to evolve her nuanced wavefunction.

She herself had no idea how she would vote the next time. It would be determined at the time of measurement she supposed.

She had an interesting idea. She would work on quantum mechanics from the angle of measurements. Could she design a measurement technique that would give complete information about a wavefunction instead of forcing it in to one label or another? May be and may be not. Many must have tried. She would look it up. She sighed again. But perhaps the voting system could be improved to allow voters to make more nuanced choices. May be she would work on that instead.

My friend Lavanya asked me to write a story based on the Schroedinger's cat experiment. While, I don't think this is what she had in mind, thinking along those lines inspired this story. Thanks Lavanya for believing in me, and nudging me to try new things.