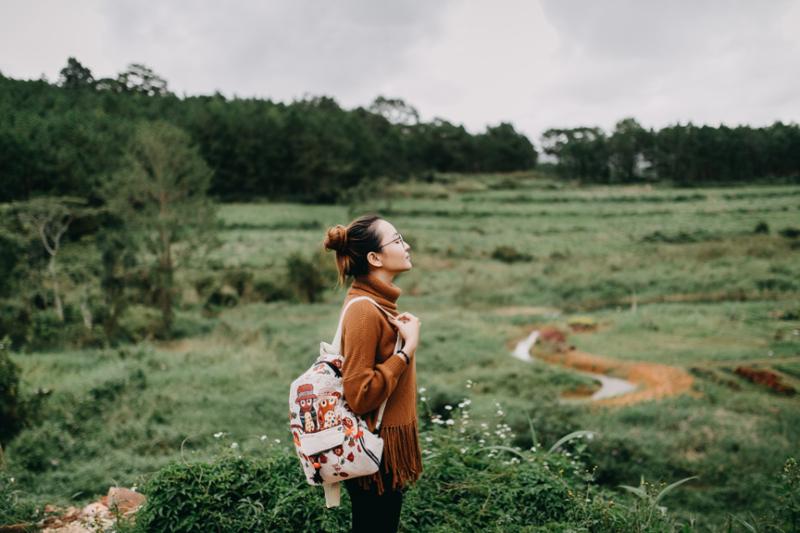 Sarah started the day cheerfully with her morning cup of coffee. A couple of months ago, she had been so depressed. But, finally, she had put all the bitterness behind her, and found a way to move on. Her neurotic, paranoid, advisor had been surprisingly supportive.

As a part of her morning routine, she scoured the internet for the latest publications in her field. What she saw, shocked her. It was right there, mocking her. The research she had worked so hard on. It was published by her old friend and advisor in their own names. They hadn't, so much as, acknowledged her.

All the calm she had worked so hard towards, was melting away. How could they do this to her? Did they have no scruples at all? Ryan had been her friend for so long. And Mark, her advisor and mentor, was betraying her. Why? She simply could not understand.

Sarah had always been in awe of academics. She chose an academic path, because she believed academics to have impeccable integrity, unlike the back stabbing corporate world. Today her illusions about the ivory tower came crashing down. She saw them for what they were. Just ordinary people with flaws, insecurities and failings galore.

She should have known something fishy was going on. But she could not bring herself to think such awful things about the people she respected so much. Sarah had worked hard on a research paper three years ago. It was her first paper where she did all the work. Mark, at that time, was very busy with other projects, and had little time to help or guide her. So she plodded on best she could on her own. But her perseverance paid off, when she came up with some interesting results.

On the whole, she thought it was for the best, because it helped her self confidence to have done all the research on her own. Mark insisted, that any paper, published by one of his students, must have his approval. It was a few initial discussions with Mark, that had got Sarah started. So she thought this was fair, and as in most such cases, she would share credit with him as second author.

Sarah submitted her work to Mark, and waited for his approval, but he always seemed busy with some other project. In the mean time, Sarah started working on another project. This time she was collaborating with another student, Ryan.

Ryan had a very different way of thinking about the subject and together, by merging their skill sets, and areas of expertise, they could come up with techniques, that neither could have thought up on their own. The collaboration was fruitful, and Mark was very impressed with their results. The paper was published with in a few short months.

Sarah was more or less thrilled to have her first publication, but it did irk her a little that Mark had insisted on making Ryan the first author and her the second. They had come up with the ideas together, but she had done most of the brunt work, which Ryan couldn’t be bothered with.

Ryan had used that time to boast about his ideas to Mark, minimizing Sarah's contribution. When Sarah tried to set the record straight, Mark had smiled benignly, and nodded, but when the time came he insisted on making Ryan the first author. It bothered Sarah, because even if Mark thought they had done the same amount of work, then their names should have featured in alphabetical order of surnames in which case she should still be first.

Sarah blamed herself, for not being more vocal about her contribution. She let it go. Later Sarah switched to collaborating with Jenny. Ryan had a great sense of humor and a way with people. Sarah soon forgot about her annoyance with Ryan, and they became friends.

Sarah published her paper with Jenny, where she finally got to be first author. Soon, it was time for her to graduate. Ryan was still around doing god knows what, but Mark liked him and paid him, and Ryan seemed to be in no hurry to graduate.

As she wrote her thesis, Sarah kept reminding Mark about her earlier solo paper, but he still kept putting it off. Sarah wished he would hurry, because her resume would be far more attractive, with that paper on it.

A week after she submitted her thesis to Mark, he called her in for a meeting. She hoped it was about the solo paper. It was. “Isn't this work Ryan and you did together?” Mark asked, pointing at the relevant chapter in the thesis.

“No Mark. This is the paper, I worked on, before Ryan and I worked together, remember. You still need to approve this one.”

“Right okay. Makes sense. Okay I’ll get to that as soon as I can. Sorry for the delay. These annoying grant proposals and silly department committees, take up so much of my time, and then there is that department of defense project that has such hard deadlines. I’ll be done with that in a month. Then I promise to look at your paper.”

Sarah nodded. What else could she do? She wondered why Mark thought Ryan had done some of the research for her solo paper. It was odd, but she put it down to his absentmindedness. She sent in her job applications. A month would be too late for most of the deadlines.

Sarah was thrilled when she received an offer letter for a job as a postdoctoral research scientist with Dr. Denise Rossi. Sarah would be a perfect fit for her group. With a job in hand Sarah, was more relaxed, but she still reminded Mark as often as it seemed polite to do so.

At her new job Sarah had new troubles. Denise wasn’t half as nice as she had seemed at the interview. She was suspicious of everyone, practically paranoid. Actually Sarah thought she was completely bonkers, kind of like John Nash, in that movie. She would keep checking on Sarah and accusing her of working with others and giving away her secrets. She would routinely read Sarah’s emails and randomly barge in to her office to see if she was emailing one of her enemies. She often talked of spies and refused to let Sarah go for a conference hosted by someone she considered a rival.

Sarah was upset because the conference was in her area of specialty, and it would have been a great opportunity for her to network and learn about the latest advances made by other groups. Sarah wondered what had made Denise so crazy. In fact, if she really thought about it, a couple of other female physicists she had met, were also unduly aggressive and somewhat paranoid. She had often wondered what made them that way. Today she knew the answer.

Three months ago, Mark had finally got around to looking at that paper she had worked so hard on. But again he seemed to think Ryan had done all the work. Sarah was confused. She wrote to Ryan asking him to clarify things, since he was still working for Mark. But Ryan did not respond to her.

She also tried to explain things to Mark by sending him scans of her earliest notes on the research. He still did not seem convinced. “Are you sure Ryan did not work this one with you?”

“Quite sure.” Sarah had replied. “We first started working together on the next project.”

Then a couple of few weeks later, Mark said there was no point in publishing the paper, since the research was so old. Sarah made several futile attempts to contact Ryan.

The she had cried. She wondered if she should publish it anyway. But Mark was a big name in her field, and she did not want to make an enemy of him. Desperate, she approached, Denise. Denise was sympathetic. “Sometimes men simply won't believe a woman can do good work.” She had said. “Don't worry. I won’t care about it. You can work here another year and build your publication list. I know you are good at your work.”

As much as Sarah appreciated the sympathy, she was annoyed. This surely wasn't a case of gender bias, was it? No way. Not in the US. Besides, academics surely knew better, at least, in this day and age. But the more she thought about it, the more she wondered. Why was Mark so eager to believe that Ryan had done the work? Why had Mark made Ryan first author on that other paper?

Today she lost all respect for Mark and Ryan. They had used her research and taken full credit for it. Mark had even pretended the paper was not worth publishing anymore. How low could he sink?

Suddenly, that study about identical resumes with names John and Jennifer made sense. The Johns were usually chosen over the Jennifers. People tended to believe, that good ideas were more likely to come from men, and men were generally more capapble in certain fields like Physics, and Mark did the same.

Ryan had known that, and played him. Even though Mark seemed so progressive, the subconscious bias was obviously there. How long had Ryan known? Perhaps, ever since he managed to get his name as first author, even though he knew, that Sarah was the one who deserved it.

But how cowardly of Mark, to publish it on the sly. He probably wanted to avoid a messy confrontation. Perhaps he expected tears, and an emotional outburst. But he had not expected her, to stand up to him, once he executed his decision, just like she hadn't, when he made her second author. Well, he had underestimated her. This time, he would not get away with it. She started drafting her letter to the journal.

She wondered how many times Denise had faced this problem. Denise was now fifty, so things must have been even worse for her in her youth. No wonder she was paranoid, about people stealing her ideas!

Sarah had learned about the hypocrisy behind the ivory facade the hard way. Now she would be more vocal and less trusting. She would not let such a thing happen again.