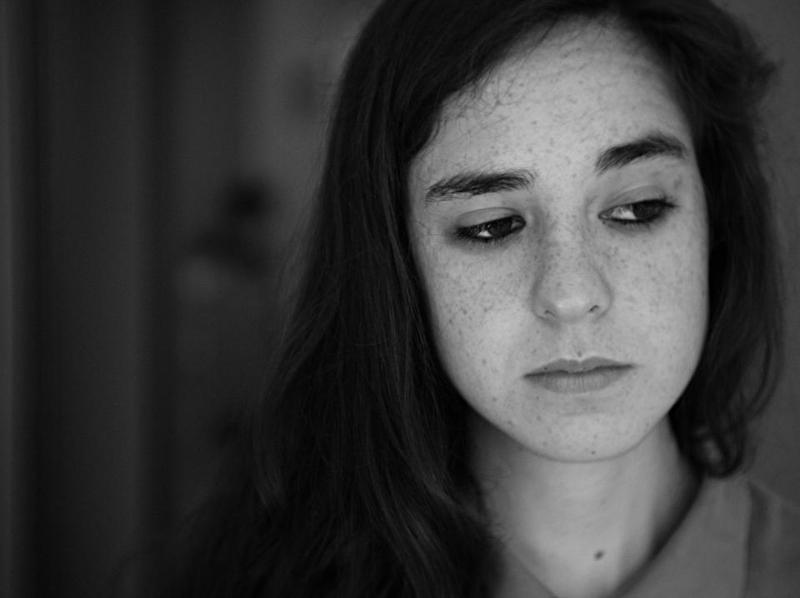 Sangeeta was at her tether's end. The baby had kept her up all night, again. He suffered from intense colic and she had carried him and walked around their tiny apartment for hours, to keep him calm, till he finally fell asleep. It was 4:00 by the time she got to sleep herself.

At 6:30 the alarm rang mercilessly. Sangeeta forced herself to get up. She had to make Sunil’s breakfast and tiffin. She washed her face and set the tea to boil. Just then, she heard the baby crying. She rushed over to him. If she patted him a little, he may go back to sleep. But no, the baby was hungry again. She sat down to feed him.

Feeding was painful. The first couple of days at the hospital the baby would demand to be fed every hour or two. Her nipples had become so sore, she had cried in pain while feeding him. Today he was 6 days old. Her breasts had been tortured for 6 days straight. Now, her nipples were almost always sore and sometimes bled.

Oh no! What was that smell? Something was burning. Aargh! She had forgotten about the milk. She tried to put the baby down, but he started screaming. So carrying him in one arm, she went to the kitchen. What a mess! The milk had boiled over. She would have to start over. She made the tea again, still holding the baby in one arm. Then she woke her husband up, with a steaming cup of tea in one hand and the baby in the other.

Sunil kissed the baby, and then took his tea. As he sipped it, he made a face. “You know I am trying to cut down on sugar. Are you trying to kill me? You were supposed to put only one spoon, remember?”

“Oh, I am so sorry. I forgot you changed that last week. I have been quite overwhelmed with the baby.”

“Stop making silly excuses. First you pester me, that you want a baby and now you are using him to make excuses.”

Sangeeta fought her tears. Fortunately the newborn had drifted back to sleep again. She put him in his crib and went to make breakfast. Her husband returned from his bath and settled down to eat his poha and read the news paper Sangeeta had set beside it.

“Sangeeta, the poha needs more salt.” He called out.

“I’ll be there in a moment.” She replied.

A minute later he grumbled as he got up. “The poha will get cold before the salt arrives. I’ll get it myself. What are...” He suddenly stopped as he reached the kitchen. His face contorted in rage. “What a filthy kitchen this is. Can’t you even keep our kitchen clean? Our food is cooked here for god sake. What a dirt,y lazy woman you are becoming.”

Sangeeta was midway through cleaning the mess made by the overflowed burnt milk. She burst out crying. “I barely got any sleep last night. The milk got burnt, when I went to feed the baby.”

“Stop making excuses lazy woman. You made lots of them during your pregnancy too. You make it sound as if you are the first woman to raise a child. My mother did it without complaining, and her house was always spic and span. Now get my tiffin ready, so I can get to work on time. I have a reputation of being punctual and efficient. So I can't get away with ridiculous excuses like you do.”

Sangeeta wanted to scream and rage, but she was scared. Sunil was the only person she knew in the whole frightening city. So, meekly, she made his tiffin, dosas and aaloo bhaji. She was relieved, when he left.

He had never been particularly caring, but ever since the end of her third trimester, when she was finding it difficult to move around and bend and do her chores, he had become downright mean. He had thought her laziness would end with the pregnancy, but the baby took up all her time and energy, and it angered Sunil.

It’s all your fault, she thought as she eyed her sleeping baby.You must be a devil baby. Only a devil baby could be so much trouble. It's because of you, that Sunil is so angry with me these days. She cleaned up the kitchen, and sat to eat her breakfast.

Just as she started on the already cold poha, the baby started crying again. She gritted her teeth and went to check on the baby. The baby needed a diaper change. The diaper had got shifted while he squirmed in his sleep and there were potty stains on the sheet.

She clenched her fists and desperately wanted to punch the baby, but she regained control. She changed the baby, did her best to ensure the diaper was secure, and washed out the potty from the sheet and changed it. She tried to eat her poha while feeding the baby.

Finally, after 3 hours of being awake, with some food in her system, she felt a little better. The baby had fallen asleep again. So she put him in the crib, and decided to have a bath. The baby was fed and had done potty. So this may be a good time to finally shampoo my hair, she reasoned. Her hair was a sorry mess. She hadn’t had a chance to wash it since the delivery.

But, at the moment she had shampoo lathered all over her hair, the doorbell rang. She wasn’t expecting anyone, so she decided to ignore it. But the person rang the doorbell incessantly a couple of times, and the baby woke up. Frustrated, she quickly washed off the soap, put on a robe, picked up the baby, and opened the door. A man had come, to take the reading from the pipe gas meter.

The day continued to pose many such small frustrations. Each, in itself, was minor, but all together it was becoming overwhelming.

Sangeeta thought about her childhood in a small town in a joint family. Her mother complained bitterly, about the how nasty her aunt and grandma could be. But Sangeeta only remembered, how they shared the cooking, baby care and other chores. Her mother had made sure she married a guy who would not force her in to a joint family. But here she felt so lonely. She missed her mother and aunt who were always there to help her through any crisis.

She had been so excited about moving to a big city. But once she was actually here, she felt intimidated by the modern folks who lived in her housing society in Bombay. She felt self-conscious about her almost rural upbringing and hardly socialized. The loneliness was starting to suffocate her. She called her mother and often cried. Her mother had told her things would be better when she had a little baby to look after. So she had pestered Sunil about the baby, even though Sunil wanted to wait, because he would not have enough time to help with child care for at least a year. But Sangeeta's lonliness was overwhelming her, and she had begged.

And now here she was with this devil child. She remembered how much joy little children had brought to her big family, but this little guy only made her miserable. Was she the monster or was he?

A month went by, with her despair getting worse every day. She started believing the baby was only here to suck the life out of her like a parasite. Her husband continued to berate her for being incompetent. One day the baby cried for an hour, and she wasn’t able to calm him. The noise was driving her crazy and her frenzied efforts were only making things worse. She covered his mouth with her hand to stop the noise, but it barely made a difference. So she covered his head with a pillow and held tight.

Finally, the noise stopped. So did everything else. What had she done? She was a monster. But even monsters needed sleep. She reached for the pills, her husband occasionally used for insomnia. Finally she would sleep peacefully and no one would disturb her, or criticize her, ever.

When, Sunil came home from work that day, he was shocked. Yes, his wife and he had been fighting a lot off late, and he had been somewhat nasty, but he was under so much pressure at work and her behavior had been so lethargic, erratic, emotional and frustrating off late. He never realized how serious it was.

Post-partum depression is real, and if left untreated can become extreme in some cases. Let’s be supportive and keep an eye out for the new moms we know and live around.