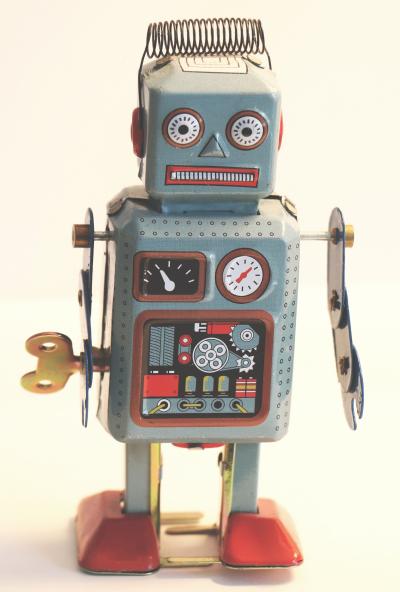 This book has a special place in my heart. It was the first book my husband (then boyfriend) introduced me to 18 years ago. Ever since, I have read every Asimov book I could get my hands on.

I don't remember why, but at that time, I was strongly opposed to reading sci-fi. Since I refused to give it a try he read the first story Robbie, in I, Robot out loud to me. I loved it, shed a prejudice, and found a whole new genre beckoning me.

At the time I did not know it, but this romantic gesture was the beginning of a family tradition, for later when our daughter Pell was almost 5, her Papa read Robbie again, to both of us. Although the rest of the stories in I, Robot may not be appreciated by 5 year olds, Robbie is perfect for them.

A few days ago, Pell started reading I, Robot by herself, a moment I have been looking forward to ever since she was conceived. The younger one is now almost 5, and so a couple of nights ago, my husband read Robbie to all three of us. It was one of those picture perfect family moments.

Of course, I reread the book along with Pell, and we discussed the stories. I realized it was time for a review. 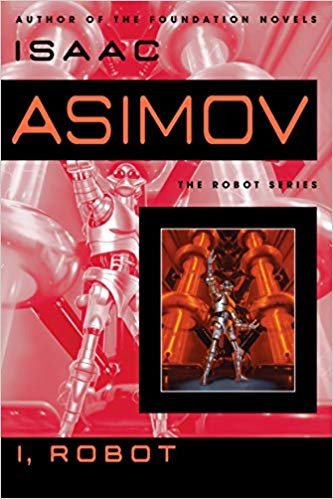 Price: Rs 336 for paperback and Rs. 266 for kindle edition on amazon India

I, Robot is a collection of nine short stories set in Asimov's Robot universe governed by his famous three laws of Robotics. The stories are centered around the unforeseen complications arising from the interactions between logical robots and reasonable humans, or from conflicting demands of the laws of robotics in real world situations. Many of the stories also allude to a broader message.

The first story Robbie is about a simple primitive robot, clunky and incapable of talking. He serves as a nursemaid to an eight year old girl, Gloria, who loves him deeply. Her mother, Mrs. Weston is horrified by the idea of her little girl being raised by a cold, soulless machine, and one day when Gloria is distracted, she quietly sends Robbie away. Gloria is heart broken and searches for him everywhere and all the time. Will she ever have him back? Read on to find out.

The next 3 stories are set in mining stations on Mercury or in space stations. Gregory Powell and Michael Donovan are field testers for new model robots and often find themselves in nerve racking situations, where they have to figure out the strange behaviors of robots gone awry by using deductive reasoning and the knowledge of their surroundings, so as to avert fatal disasters.

The next three stories are battles of wits between robopsychologist Susan Calvin and three very different robot brains. How does Susan outsmart a mind reading robot, an ego maniac robot and deal with one that seems to have gone quite loopy? Read on to find out.

The last couple of stories is about a politician who is either an ideal man suited for the role, or a robot. Which one is it? Can we ever really know, since the laws of robotics indeed would create the ideal politician as Susan demonstrates.