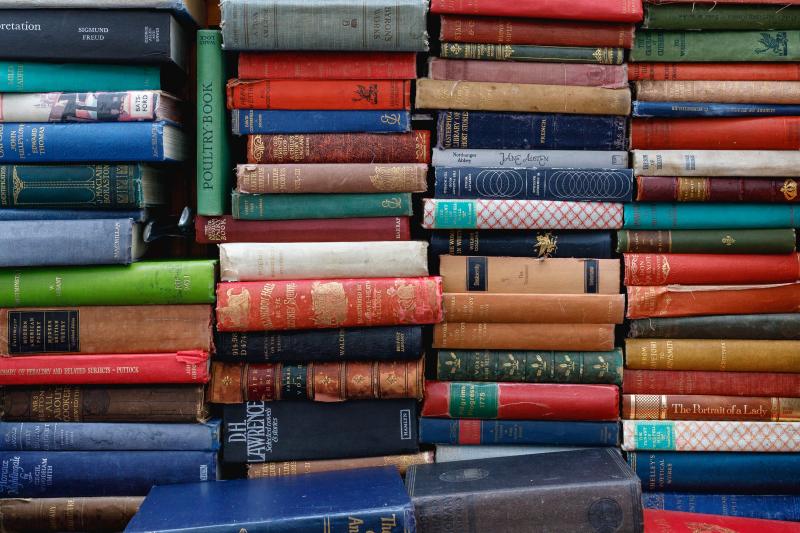 Photo by Ed Robertson on Unsplash

Nina: Nana I just finished the foundation series by Asimov. It’s so cool! Have you read it?

Nana: Indeed I have young lady. Asimov is the only science fiction author I enjoy reading.

Nina. Why is that Nana?

Nana: Because he doesn’t have any of the silly alien stuff. He explores regular human interpersonal interactions and politics in the presence of new technology.

Nina: Oh Nana! Aliens can be cute. Look at Yoda! Isn’t he adorable?

Nana: Adorable, he may be, but interesting, he is not.

Nina: Wow Nana you just did Yoda speak! You’re probably about as old as him too. So which is your favorite Asimov book?

Nana: It’s tough to pick a favorite. He wrote so many. More than 400, I think. He wrote mysteries, short stories, science-fiction series and non-fiction too. I mean, he has had his books published in 9 out of the 10 major categories of the Dewey Decimal Classification.

Nina: Non-fiction, really? I did not know that. What kind of non-fiction?

Nana: Well, he had a Ph. D in biochemistry from Columbia University. I remember reading a book he wrote about the genetic code, you know, DNA, RNA and stuff. He really explains stuff so clearly.

Nina: Yeah I noticed that about his fiction too. He is so direct in the way he writes. And I love how nothing happens in the books.

Nana: What do you mean nothing happens?

Nina: I mean, like look at the foundation stories, it’s all about how individual heroes are shaped by social forces. They do the only reasonable thing that can be done given the circumstances. Their wisdom does not lie in doing something radical, but simply understanding the world around them and doing what’s necessary. In all the first foundation stories, things just happen the way they are supposed to, and yet, the way he writes, makes it so gripping and engaging, that you can’t put the book down. I love how Hardin says Violence is the last resort of the incompetent.

Nana: Yeah, it is a refreshing angle on heroes. I loved how in the last story, before the Mule showed up, Lathan Devers really didn’t do anything at all. In fact, no matter what he did, society would inevitably behave a certain way.

Nina: Asimov was amazing with society and human interactions, but he was really bad at writing romance. In fact, I think Stars Like Dust is the only book he has written where he has handled the romance well.

Nana: True. I read somewhere, that because his fans wanted more romance and aliens in his books, he wrote The Gods Themselves, which is about the strange mating ways of an alien species he imagined. Of course, that's not what his fans had in mind, but he chuckled about it. The book is one of his best, I think. Read it, if you haven't yet.

Nina: Hey Nana, Asimov may not have had aliens or romance, but he did have tons of robots in his books. Did you like that?

Nana: Of course. I especially liked I, Robot. I love how he set up these sacred laws of Robotics, and then wrote a collection of short stories testing their limits and fallacies.

Nina: Yeah, I loved Susan Calvin. Sadly, she is one of the very few strong female characters in his books.

Nana: What about Dors Venabili?

Nina: Oh yeah, she’s awesome. I’d love to learn to do knife fighting like her. She’s like a Ninja. But you know Nana, I read something very disturbing about Asimov.

Nina: He was disrespectful towards women, Nana. He groped them. It was so bad they asked him to give a lecture about posterior pinching.

Nana: Yeah well, he was human and had his flaws and sexual harassment is no joke.

Nina: So should we be reading his books Nana? Shouldn’t we boycott him?

Nana: Perhaps, but he is dead now, and his books are undoubtedly good, so what’s the point of rejecting the best aspects of him? Did you know that your beloved Dr. Seuss and Enid Blyton have been racist, sexist or insensitive in not just their lives, but their writings too? I think you should read whatever you like reading, but never forget to think about and analyze what you read and form your own opinions. Appreciate the good and be acknowledge the bad and never forget that writers are human, not gods. As divine as their ideas and philosophies may be, they will still be faulty mortals in their lives.

Nina: Speaking of divine, didn’t Robot Daneel Oliwav make himself the god of humanity, after conveniently programming himself with the zeroth law of robotics?

Nana: Yeah, I guess you could say that he was a man made god. The possibility humans feared most in the Asimov stories, that robots would take over, was justified after all. Haha!

Nina: Psst audience, if you are curious about this man made god, all you need to do is read the Robot Series and Foundation Series by Asimov which are connected through the character of Daneel. I bet you won’t be able to stop once you start. Happy reading!

I strongly dislike the idea of hero worship, as I have pointed out before. But unlike their human creators works of art, mathematics and literature can be profoundly divine.