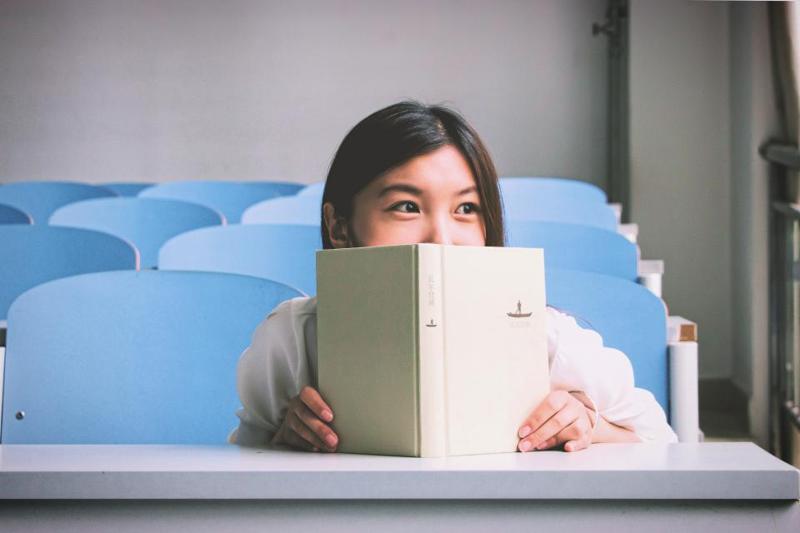 Sapna had her fingers crossed. She closed her eyes and prayed hard. She was getting impatient too. She wished Miss Khanna would count faster.

A the beginning of the class, Miss Khanna had posted her choice of candidates for class monitor on the board. Sapna was surprised to see her own name up there. She had always done well in school, but somehow her class teachers had never considered her for monitor.

Sapna had never thought much about it, but now with her name up there on the board, she wanted it really badly. Priya's name was there too and Seema's and Rashmi's. They had all been monitors before, so may be she shouldn't get her hopes up. The class was far more likely to vote for them.

After what seemed like eternity, Miss Khanna finally finished counting the votes. She announced, that Rashmi had secured the most votes and would be class monitor. “Priya and Sapna are tied in second place.” She continued. “But since Priya has been a monitor twice before, I have decided to make Sapna the assistant class monitor.”

Everyone clapped, but Sapna was lost in thought. Am I really going to be class monitor, sorry assistant class monitor? Wow I can't believe it! She was jolted out of her pleasant musings, when she noticed the loathsome look that Priya threw her way, a look of unadulterated venom with the promise of revenge.

Oh oh! I haven't been monitor for 10 seconds and I already have enemies, Sapna mused.

Soon, Sapna realised that assistant class monitor was a cushy position. It lent her status among her school friends, but she did not have to shoulder much responsibility. She was supposed to fill in for Rashmi in her absence, but that was rare, and she had sometimes help Rashmi out with little things, but in those cases Rashmi shouldered the responsibility, and Sapna only did what Rashmi asked her to.

On several occasions, Priya and her closest cronies had tried to sabotage Sapna, but her jobs were of such little importance that it never mattered much.

Then one day, it happened. Rashmi was absent from school, and not just for one day. Rashmi had malaria and would be away for 10 days or more. So, Sapna had to assume all the duties of the class monitor. How hard can it be, she thought. Rashmi does it everyday. I'm sure I can manage. After all this is what I really wanted.

The day started fine, with Sapna having to distribute the composition notebooks from the cupboard, while Miss Khanna set up for class. It was boring but fine. The real problems started a few hours later, when she received a message that Miss Desai was absent. Now Sapna was in charge of maintaining class decorum. She walked up, uncertainly, to the front of the class. “Miss Desai is absent" she announced. "We are all supposed to quietly read chapter 4 of our history text books.”

Sapna was supposed to take down the names of the students disrupting class, and report it to the class teacher later. That's the first time it occurred to her, how distasteful her job was. Sure, it was important, that the class did not become a complete circus in the absence of the teacher, but she did not feel comfortable telling tales.

Then she found, that the first offender was her best friend Jasmine. Jasmine was chatting quite loudly and ceaselessly with Divya, who sat behind her. Should she note down Jasmine's name? It seemed like an awful betrayal of their friendship. But, if she did not, then how would she be a dutiful and fair monitor? Would she have hesitated so much if the offender was someone else?

When Sapna was feeling most insecure and confused, Priya stood up. “Sapna, haven't you noticed that Jasmine is chattering away? It is your job to stop her. Or aren't you really up to the job? May be you should leave it to someone more experienced.” Priya's sarcasm amused some of the girls.

Sapna longed to let Priya have the ghastly job. Whatever had made her think this was a desirable position? Telling her class mates what to do, and then making sure they did it, seemed like a thankless and tedious job.

But she had accepted the position willingly. First thing tomorrow morning she would resign, but right now she had a job to do. She noted down Jasmine's name with a heavy heart, while Jasmine shot her accusing looks. The class was stunned.

That is when Sapna realised, that this wasn't really done. Priya for example had always found ways to protect her cronies, and Rashmi had cajoled her favourite friends to ensure, that they never gave her cause to report them.

No one dared make a sound after that. What a monster, seemed to be the collective opinion of the class. She is reporting her own best friend. Not one person said a word, but it was written all over their faces.

If she hadn't noted down Jasmine's name, of course, the same class would accuse her of favouritism. There was no winning in this job.

As everyone gave her venomous looks, Sapna retreated within herself. Power seems so awful. Why do people actually want to spend their lives ordering others around? Wouldn't they rather spend the time doing something themselves? I do understand, that someone has to do the dirty work. But why is it so coveted?

Why do people love power so much? Especially on a larger scale like kings, politicians, judges, civil servants etc. How many ethical dilemmas do they face everyday? Do they just become immune to them? How horrible! How can they ever get a moments peace knowing they are responsible for so many others? How do they make fair decisions, given the existence of so many perspectives and conflicting principles in any given situation?

The unanswered question popped back in to her mind. Would I have hesitated so much if it was not Jasmine, but someone else? Sapna was relieved to realise, that although it wouldn't be so personal, it would be just as distasteful to her. Being popular and admired was great. But not at this cost of ordering people around and exercising power over them and being plagued by ethically dubious decisions. What if she did not agree with what she was required to do? It was still her duty, so she would have to do it. But wouldn't her conscience prick her, if she did not agree with the ethics involved in the details of her orders? This was not her cup of tea.

Somehow Sapna got through the day. The next day she resigned her post and was relieved to hand over the mantle to a willing Priya.