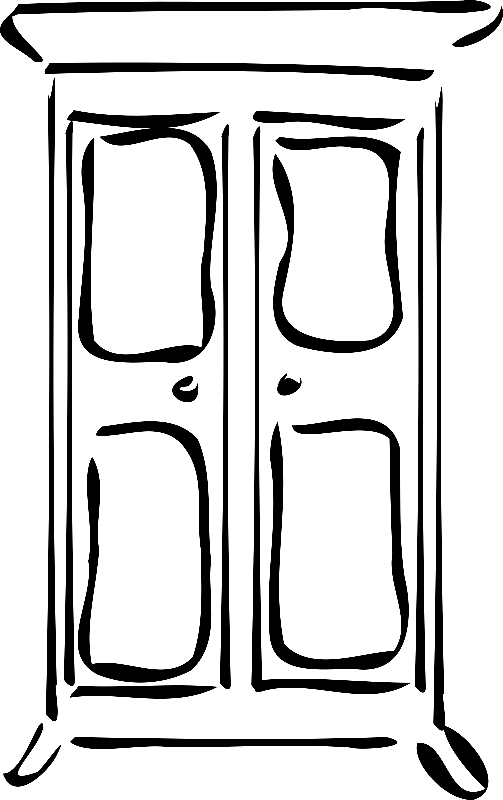 “Hello. I am Prakash. Are you the new guests here?” Prakash nervously looked around the room. Tania gauged, that he was about 10 years old.

“Yes we are. I am Tania. We just got in, half an hour ago. Are you staying in that room?” Tania pointed at the door across the dining room. The hotel was a quaint one with a large central dining room and 5 doors around it, each leading to a spacious guest room.

Prakash nodded. Before he could say anything else, a girl showed up.

“Did you let him out?” She giggled. The girl was probably 8. Prakash was desperately trying to tell her to be quiet, but she did not notice any of his frantic signalling.

Tania furrowed her brows. “Let him out. What do you mean by that? Let whom out of where?”

Prakash rolled his eyes in exasperation at the girl. Then he turned to Tania. “This is my sister Priya. May we come in?”

“Sure. My parents and sister are on the lawn, out there.” Tania pointed at the large window all the way across the room.

“Good, then we can talk. We need to tell you something. But do you promise to keep it a secret?”

“No. I don't like making blind promises. You don't have to tell me if you don't want to.” Tania got herself a drink of water. “Do you want some?”

Prakash shuffled his feet. “No we are fine. Have you unpacked yet?”

“Not yet. My parents wanted to relax first. But I took out the board games and put them in that cupboard.” Tania pointed to the cupboard at the corner of the room. “Want to ...” But she stopped when she saw the look of horror on Prakash's face. Priya looked pretty scared too.

“What happened? You look like you have seen a ghost.” Tania laughed.

“You opened that cupboard!” Prakash blurted out in dismay.

“Yes. There are no ghosts in it. I promise.”

“Did you open it properly?” Priya asked in a small voice.

“Sure. I put my board games there. Why are you two being so wierd? Come I'll show you.”

Tania showed them all the games she had brought along. “Mama thinks I carry too many of these on vacation. What do you think?”

Prakash and Priya had not heard a word she had said. They were goggling at the cupboard in disbelief. Then Priya started crying. “What do you think happened to him?”

“To whom? What are you talking about? Is this some silly secret stuff again?” Tania said impatiently.

“Quit playing games with us. Did you let a little boy out of this cupboard?” Prakash's eyes were narrow slits.

Tania stared at him like he was unhinged. “What would a little boy be doing in a closed cupboard? Are you two completely mad?”

“Was the cupboard door locked from the outside when you came in?” Prakash was starting to panick.

“Yes it was. What exactly did you two do?”

So Prakash took over. “The house keeping staff opened this room to clean it up. When they finished, they just bolted the door, but they did not lock it. We were so fed up with him, we lured him in here and locked him in the cupboard. Then we left the room and bolted it. He was shouting, but he could barely be heard outside.”

“Are you monsters, or what?” Tania was appalled.

“It was just a little prank. We meant to let him out in 5 minutes. But then our mother called out to tell us to wear our hats, because of the strong afternoon sun. We thought that would be quick, but mama said we looked filthy and insisted on washing us. We tried to get away, but one thing led to another, and we did not realise that it had been over half an hour. What could have happened to him?” Prakash too looked like he might cry.

Tania softened. “You really are sorry, aren't you?”

“Yes we are. But that doesn't matter. I'll go tell his parents and ours. I really can't imagine what happened to him. I hope he is okay and that we find him soon.” Prakash got up to open the door.

“Wait!” Tania called out. “Priya, why don't you wash your face in the bathroom first? Don't worry. I think it will all work out.”

“You are very kind Tania.” Priya walked to the bathroom. Then she screamed. “Aaaah! Prakash come here.”

“What happened Priya? Are you okay?” Prakash rushed over, stubbing his toe on the dresser, but he barely noticed.

What he saw, in the bathroom, made his eyes pop out. “Oh! Thank god” He was so relieved. But then anger clouded his expression as he saw Amit's cherubic face grinning at him. “How did you get here? You were here all along, weren't you? ” Prakash advanced towards him menacingly. Amit was scared.

Parkash looked like he would explode. It took a couple of minutes, but, eventually, he calmed down. “Sorry, I do lose my temper easily. But how did you get out, Amit?”

Now that Prakash had cooled off, Amit felt braver. “Tania, let me out.” He smiled sheepishly.

“What? You lied to us. I asked you if you had let him out.” Prakash glared at Tania.

Tania stood up straight, threw her shoulders back and crossed her arms. “I did not lie. I asked you why a little boy would be inside a closed cupboard.”

“Yes. That is true.” Priya chimed in. “So what happened?” she asked full of curiosity.

“The bell boy brought our luggage in and my family went straight to the lawn. Only I was here, unpacking my board games.When I opened the cupboard to put my board games in, poor Amit was sitting quietly looking terrified. He had shouted himself hoarse for 10 minutes, and when no one came to his rescue, he just sat quietly. So I let him out.” Tania tapped her toes.

“We are really sorry Amit. We were just fed up with your questions and thought it would be funny to prank you. We did not mean for you to be left there so long. We are really sorry we frightened you so much. I realize now, it was quite a mean prank.” Prakash apologised.

“Yes Amit. We are really sorry. Will you play with us for the rest of our holiday?” Priya gave him a hug.

“Do you really mean that? Can I play with you? I don't have any brothers or sisters. I'll try to ask fewer questions. I was just so excited to see you. I was the only kid here before you came, and I was so bored.”

“We can all play together. I brought Twister and Pictionary. Amit you can be on my team. Prakash, what do you say?”

“I think Amit should be on my team. We'll make it boys versus girls.” Prakash wanted to make it up to Amit for being so mean.

“Really? I can be on your team, Prakash?” Amit was in awe of the older boy.

“Yes. I am sure you are great at Twister. We can win together.”

“We'll see about that.” Tania and Priya said together.

Tania looked at Prakash and Priya. “You two are pretty nice. Sorry I frightened you, but I thought you deserved it, when I saw how upset Amit was. He had just finished telling me the story when we heard the knock on the door. I told him, I thought it might be you and that I'd handle it. I told him to hide in the bathroom for a few minutes till I came and got him.”

“I think we did deserve, what you did to us. I will try harder to control my temper. Priya was just following my lead.” Prakash was already spreading the twister mat on the floor for a game.