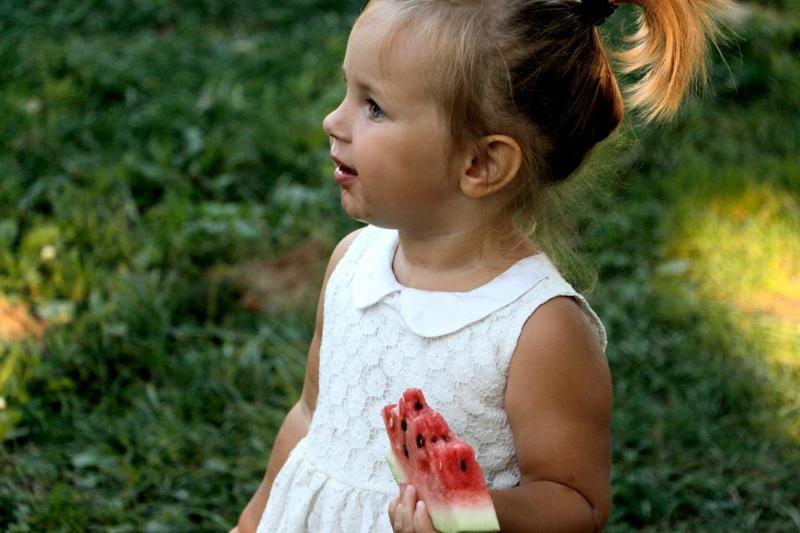 Babies can be very frustrating, but they can be very funny too. And since they are not trying to be funny, their shenanigans are so heart warming, they'll make you forget all your distractions and genuinely laugh for a few minutes. I thought I'd share some anecdotes that made me laugh.

The babies love to spend time with their Dadi, who comes up with many interesting activities for them. Dadi came up with a pony tail making game for them. With short hair, it is not easy to make one pony tail but Dadi used multiple scrunchies to make a many little ones. The younger one, quite unfamiliar with ponytails, was excited. When Papa and I went to pick the kids up from Dadi's house, after date night, the younger one saw us and started jumping up and down, as if on a pogo stick, with many little ponytails jutting out in different directions and said “Look Mama. I have peenytails.” I burst out laughing. She gave me a puzzled, indignant look with furrowed eyebrows, “Mama, why you laughing? Look my peenytails.” I just gave her a hug and felt so happy.

The older one is getting quite good at playing Wii, but the younger one has no clue how to play. The only thing she knows is you have to do something dramatic with the Wii remote. So she jumps around holding it, and every once in a while manages to make a tennis shot completely by fluke. Once we were all playing Wii bowling, as a family. But the littlest one did not want to be left out.

Unfortunately, in spite of all her enthusiastic jumping around, she wouldn't be able to release the ball, holding up the game forever and frustrating everyone including herself. So Papa came up with the idea of the Wii ghost. He would give her one of the remotes, that wasn't active during her turn. She would jump around with it, while someone else played her turn with the active remote. It made her very happy and she continued prancing around the house with the remote. She got so happy when the ball got released, that she would twirl too.

My littlest one has just learned her name and is starting to get a sense of identity. For the sake of this anecdote let's just call her Lucy (not her real name). I gave Lucy her favourite chocolate and asked,

Me: Are you happy?

Me: Sure but are you happy?

Now I know how the Milka Singh jokes came to be.

The littlest one has started showing an interest in picture books. We were looking at a picture book about baby animals. The first few times I pointed to each picture and told her what the animals were called and then I decided to ask her. She got puppy, kitten, foal and piglet, right. But then I reach page 5, and she couldn't remember. She took a moment and then enthusiastically said "Chakli". It was actually a chick. A few pages later, she got stuck again. This time she came up with "Pickle." It was actually a "Penguin chick." I love how she'll make an attempt, even when she can't remember and it is hilarious. Seems like she is food obsessed too. Just like the time she got confused between Dada and Dadi, and decided Dadi could just as well be called pumpkin pie.