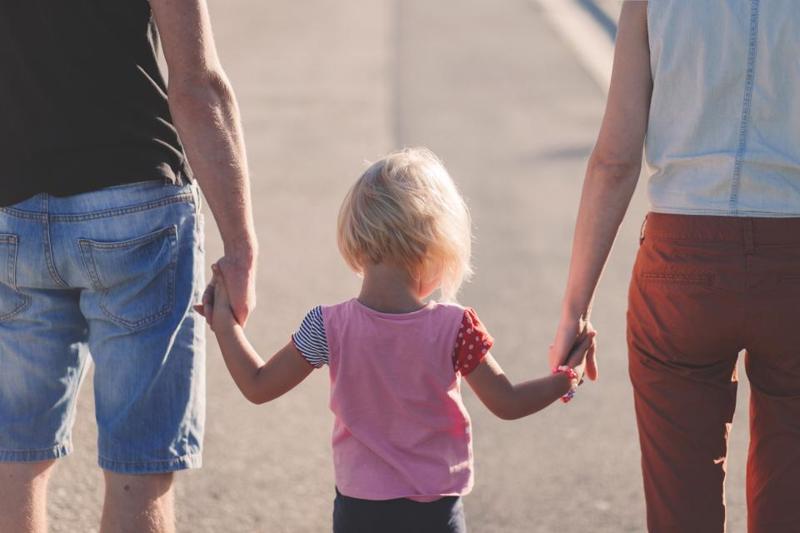 The older one is eager to play games with Papa and me these days. We got her some board games. She likes playing them, but she also gets very upset about losing. Neither Papa nor I like the idea of losing to her on purpose. But we don't want her to lose confidence either, by losing too often. So we play these games sometimes, but we are trying to come up with other games too, which are not so much about winning or losing but more about having fun together.

We did consider a collaborative attempt at jigsaw puzzles. But the youngest one is only two and half and at her destructive best. She wants to contribute to making the puzzles, but with limited abilities she ends up doing so by chucking pieces around the house and trampling on the parts we have made. We did try to give her the job of handing us puzzle pieces, but after a while she found it boring and resumed trampling and chucking. She makes it difficult for us all to play board games too.

A couple of days ago, on the way to school, in the car, I came up with a fun game. The older one has been doing show and tell regularly in class. Usually the day before Papa and I discuss some ideas with her and put together 3 or 4 sentences, she can say in front of the class, just as the teacher has asked us to. Thinking about show and tell led me to come up with this idea for a car game. My older daughter and I take turns at giving each other a topic to speak 3 to 5 sentences about. The topics are simple like, your favourite fruit, a rainy day, your last vacation, your favourite book, etc.

Each of us has to come up with topics for the other to talk about, and each of us has to come up with 3 to 5 sentences on the topic we are given. The game makes us think creatively and forces us to think quickly. It also helps us connect because in a way we are talking to each other about our likes and dislikes and learning how we think about things and what we consider important. Sometimes, through this game, I discover interesting facts that my daughter has learned in school from friends or teachers.

The older one is getting better at choosing things to say. Initially she would only give her opinions, but now after hearing how I handle my lines, she is learning to mix information with opinion and throw in some simple analysis (reason for her opinion) that makes her lines more interesting to listen to.

Today, the younger one too wanted to play the game. She had been listening to us play for a while so we let her join in. The younger one is only two and a half. So her language skills are tenuous. But today we discovered that what she lacks in vocabulary and grammar, she more than makes up for with her imagination. Her topic was tree and this is what she told us:

I love apple tree. Apple tree is tall. I can't reach apples. I climb the ladder on the fire truck and get the apples. (She had a fire truck in her hand that she was fidgeting with) Then she giggled.

Kids absorb and learn a lot of things, but they don't often like to answer direct questions. May be it makes them self conscious or may be they just don't want to be interrogated. But through these games and discussions, I have learned so much about my daughters in just a few days. No amount of just asking could have yielded so much information about them and provided so much insight in to their way of thinking.

Additionally, the show and tell game (as I like to call it) and short discussions on interesting topics are a great way to pass the time while travelling or going on family walks. Taking turns in coming up with topics gives everyone a chance to discuss what they find interesting and everyone else in the family gets to know the one who is speaking a little better.