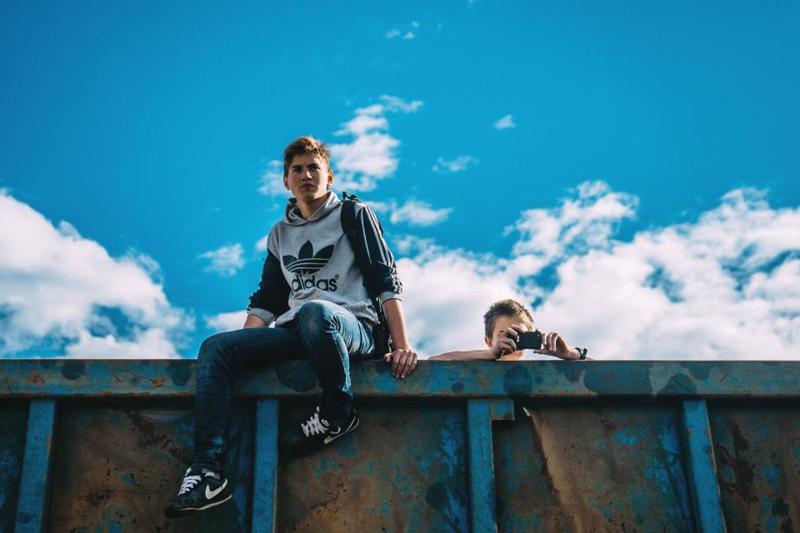 Allow my kids to talk back? Question my authority? Pass witty or snide comments about my choices? Should I allow that? I think I should. Yes, I know. You just shook your head and thought, "Poor woman. She is losing it." So let me explain myself and prove that my sanity is indeed intact. I am not an excessively permissive parent. I don't believe one needs to tread on eggshells around their kids.

But I do believe that my kids have the right to question me. I want to encourage them not to take anyone's word for anything without question, and without verifying it to their own satisfaction. Then would I not be a hypocrite, if I did not let them question me?

Do I believe it is disrespectful to question authority? No I do not. A person in authority should be able to explain themselves. One can question without being rude. If I don't mind the question coming from other people, why should I mind it coming from my kids? Questions are not impudent. They are the beginning of the quest for information, ideas, or resolutions to conflict. They should be encouraged. If a kid feels insecure asking a question, they may express themselves in a rude or insensitive manner. In that case my approach would be to address the question, and then try to correct the attitude without prohibiting the question itself.

Why is it important to me that my kids learn to question authority? Because authority comes in many forms, including parents, teachers and inanimate textbooks. Fearing, or being in awe of authority holds you back from thinking outside the box, innovating and inventing.

As a physicist, I was great at coursework and problem solving. But the biggest hurdle I had to cross, was coming up with questions pertaining to the breakdown of time tested theories. I had too much reverence for those established theories, the work of great minds and the greatest authorities in the subject. It was hard to develop the impudence to question them, or look for a paradigm where they failed.

I found it hard to believe, I was capable of doing something that had never been done before by any of these great people. Where would I check my answers? What if I was wrong? Which authority would have my back? That is the other thing about following authority without question: It becomes a crutch.

I also learned it is okay to be confident and wrong at the same time. The world does not end, if you are both of those. You just learn from your mistakes and move on. You try again and again till you are right but you believe in yourself all along.

I want them to dare to have silly, unrealistic, bold ideas and persue them. I want them to feel secure, so if and when they realize they are wrong, they have the courage to admit it and correct themselves. I want them to be able to really communicate with me. I want to earn their respect, not have them fear me.

This is not to say that I will encourage my kids to be rude or insensitive. But I will encourage them to share their opinions, argue to prove their point and ask pointed questions so long as they do it politely.

As for the witty or even the occasional snide comments, I think I would allow it. How else will they develop a sense of humour?