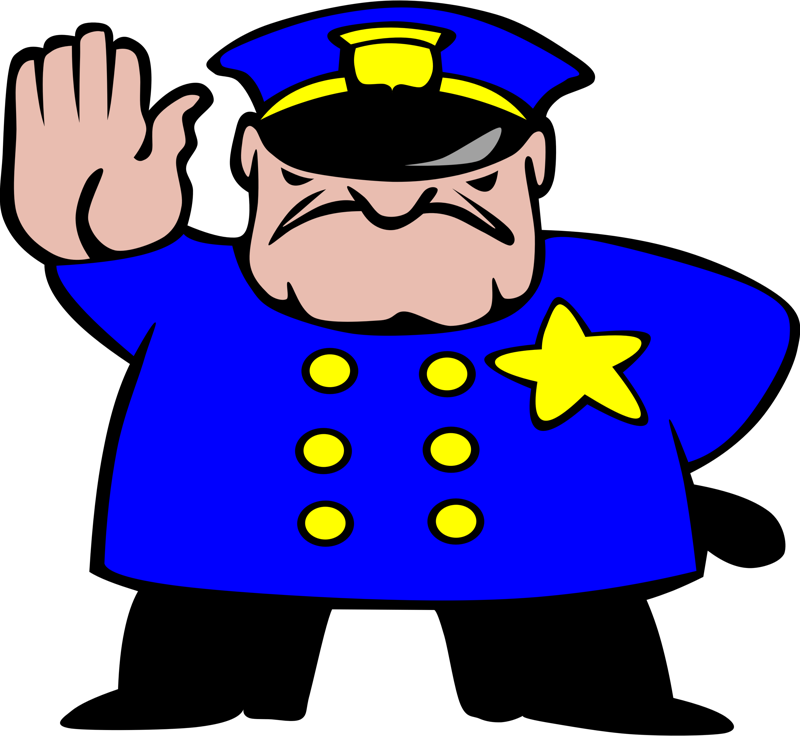 Rules and laws are the foundation of civilized society. Yet it is not easy to make rules. A system that involves a large number of people, like a school, or a housing society, or a community is quite complex, let alone a city or a country. Rules are necessary for smooth functioning of groups. But no matter what rule is made, there will always be a few people who are reasonably inconvenienced by it.

For example, our apartment building does not have balconies. But people still like to keep plants. Many of us keep plants on the window ledges, where there is sufficient sunlight for the plants. But then when the plants are watered, the run off flows down the side of the building leaving long lines of mud stains. The run off also sometimes bother people from the floor below who may be sitting by the window at that time.

The society came up with the rule that, watering plants on the ledge would not be allowed. But what about the plants that were already there? Should they die. Some people could take their smaller plants to the bathroom and water them there then return them to the balcony. But some plant pots are too big for that.

Anyway, this is a small matter but I just wanted to point out the complications that can arise in making little rules.

A system, where anyone can do whatever they want to, without any restrictions becomes too chaotic, disorderly, unpredictable and makes it difficult to accomplish anything. Rules help to establish order and tractability at the cost of curtailing freedom.

For example having rules that require kids to reach school or people to reach their work place at a certain time helps to enhance productivity and efficiency of these institutions as a whole, as well as the individuals at these institutions. But these rules may impinge upon the freedom of the people involved, to wake up when they feel like it or indulge in relaxed morning routines. Rules like these usually do more good than harm. But that is not always the case with rules.

Once upon a time, in many countries, rules prevented women from voting, not only impinging on their freedom and rights, but also being detrimental to society, because half of its members had no say in its policies.

Rules like colouring inside the lines, taught to kids early in life, can stifle creativity. But rules also make systems work. Without rules and regulations, you would probably not get running water or well maintained public places or public transport. Few would learn anything in schools and offices would get very little done.

Lack of rules would result in a significant increase in road accidents and traffic jams. Lack of rules would also result in a lot of waste. For example if people could take days off when ever they wanted, rather than on assigned days, then teams would find it very hard to function because key members may be absent at unpredictable crucial moments. So rules cannot be done away with, all together. Besides ...

They say necessity is the mother of invention. Sometimes constraints force us to come up with creative solutions to our problems and trigger ideas that would not have occurred to us otherwise. Rules are basically constraints imposed on us. Working within the rules and with ingenuity to come up with optimal solutions allows one to exercise creativity, while preserving the integrity and orderliness of the system.

But it is important that systems regularly reassess the validity of their rules and keep up with changing times. Obsolete rules can do a lot of harm.

Rules work best if they are created in such away that they have some built in flexibility. For example a road rule that prohibits cars from stopping in the middle of the road is a good one, because otherwise traffic is held up causing delays and inefficiencies. But there can be numerous reasons why cars may have to suddenly stop. So providing pull over points at regular intervals helps ensure that the rule is adhered to.

If there are no pull over points then cars will have to stop in the middle of the road for emergencies. And once that happens people will even stop for less crucial reasons and before you know it people are stopping in the middle of the road just to get directions or check phone messages. It is a slippery slope. The best way to avoid this state of affairs is to make it easy for people to pull over at regularly spaced pull over points without inconveniencing others, and then strictly implementing the rule of allowing cars to stop only at pull over points.

As parents we have to enforce loads of rules. Parenting is a balancing act between too many rules and too few, between worrying about, our children lacking discipline and sensitivity, and stifling their creativity and confidence. They key point is to have rules that we think are really necessary and then to set them up in a way that has some in built flexibility, and may encourage ingenuity, and then to implement them consistently and firmly. Of course this may not be always possible, but it is something worth keeping in mind.

Here are some examples of how this post is applicable to parenting.

Instead of making a 'no junk food rule' that will most likely be broken and then down the slippery slope we go, one can have a 'junk food only on holidays and special occasions rule' or something similar that works for you. It gives them something to look forward to and makes it easier to stay away from junk food on regular days, because short term goals are easier to meet than ones with no respite in sight.

Instead of prohibiting kids from making messes, it may be better to require them to clean up their own messes. That will teach them to be creative and minimize the mess while they still have fun, or only make big messes that are so much fun that they are worth the clean up hassle!

Hey creating productive rules can be brain teasers too :)