Computer games like any other form of entertainment cater to a wide spectrum of interests. Racing, fighting and sports are just the tip of the iceberg.

To tell the truth, I have never really cared for them. All except one. Pharaoh stole my heart. I used to love playing it in graduate school. So when the lock down began, and my husband (AKA Papa) decided it was a great time to introduce his daughters to computer games, I suggested we start with this one, so I could join in too. Papa is a computer game veteran and catholic in his tastes, so he was game.

In retrospect, it was a great idea. Here's why...

Set in ancient Egypt, the game begins with the task of developing a small village on the banks of the Nile. You need to provide housing, water, food and fire safety. With a limited budget, you have to set up a village that attracts a immigrants and keeps the villagers happy with sufficient food and clean water. As the levels progress, more complexities are added.

In the second level, you need to mine gold. So you need a village palace, architects and policemen. With a bigger settlement, you also need to build temples to appease gods and make health care available to the citizens.

In later levels as you handle more sophisticated settlements, that involve agriculture, mining, fishing and industry. You can make papyrus, beer, linen, bricks and pottery. You need to set up trade routes and build an army to protect your town or city. You also need to provide entertainment, sanitation and education. Eventually you need to build monuments like pyramids and mastabas, and pay regular tribute to The Pharaoh. To fund all of this, you need to collect taxes, and profit in trade.

The challenge is entertaining and stimulating. Give it a shot to find out. 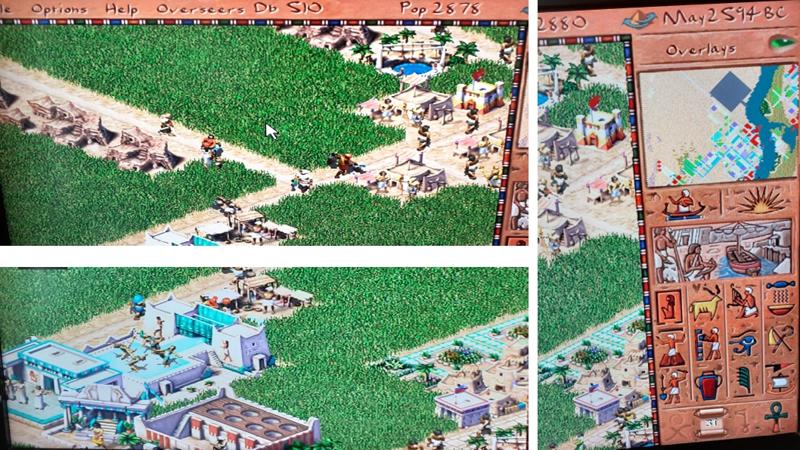 Life is an optimization game, and practice makes perfect.

Travel through time to MAKE history