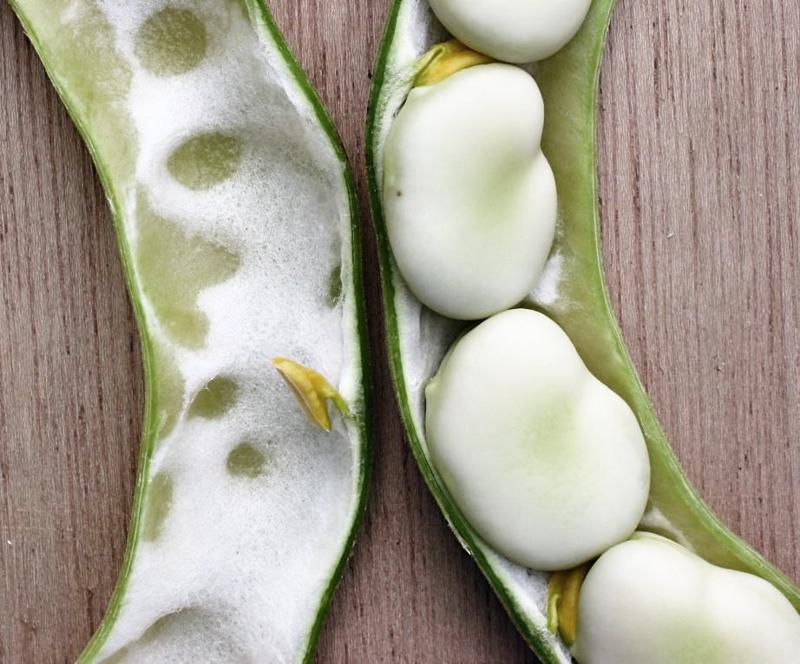 The above image is by Hohum at the English language Wikipedia, CC BY-SA 3.0

I must say, ever since Lavanya and I started working on this cartoon strip, we have learned the strangest and most interesting factoids. But this one takes the cake. I was tickled to learn that the famous Pythagoras was terrified of fava beans.

Although his fear was extreme, it wasn't entirely baseless. Some of his fear may have stemmed (excuse the pun) from a Greek superstition, that the black spotted flowers of the beans, with their hollow stems, connected earth to Hades. Hades is the god of the underworld. But there are some really good reasons why many Greeks may have been scared of fava beans.

Favaism, is hemolytic anemia triggered by ingesting fava beans and can be fatal in about 10% of cases. It is predominant among Africans, Orientals and Mediterranean people.

It is not actually known if Pythagoras suffered from favaism, but his fear of the beans is well known.

See how Nina uses this little factoid to trick Nana. 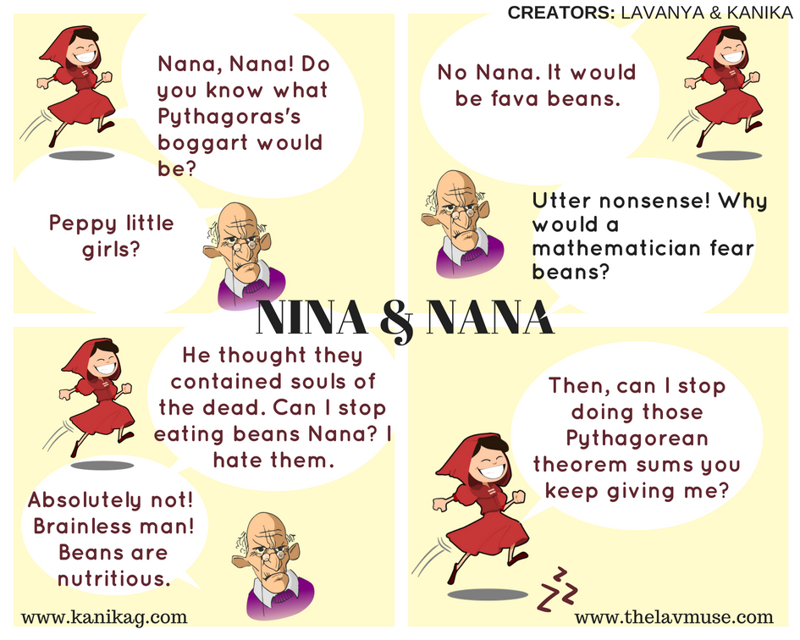 Lavanya found out, that Aristotle had issues with beans too. And I always thought he was full of beans, as Bertie Wooster would say. Read Lavanya's post here.