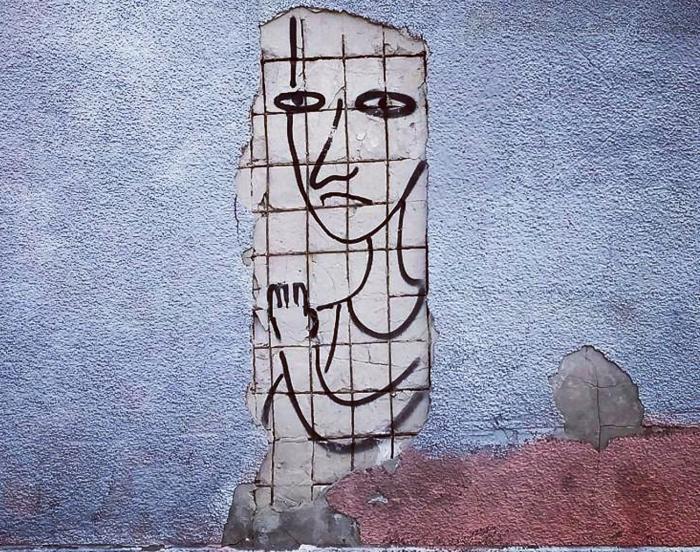 Photo by Rostyslav Savchyn on Unsplash

Recently, someone asked, why is it that Indians under British rule fired on their own people? Obviously, they were afraid of British brutality in retribution of insubordination, especially after the cruel retaliation to the uprising of 1857, but that would be much later. Why did they ever do it to begin with? Why did Indians ever fire on their own, on the orders of strangers?

When I started thinking about it, I had to ask myself, who would Indians of those times consider their own? Indians belonged to a variety of geographical landscapes, spoke different languages, worshiped different gods, followed different traditions, enjoyed different cuisines, had a variety of physical features and skin tones. So what exactly made anyone their own? Nothing, except perhaps knowing someone personally, as did most people in village communities. Several Europeans including the British traded with India, lived in India, and embraced the Indian lifestyle long before the British gained political power in the country. Indian soldiers had served under a variety of rulers of different appearance, ethnicity, religions, customs and policies. The British were considered no different, until they succeeded in crushing the spirit of Indians.

Kings, emperors, despots, enlightened rulers came and went, but India continued to flourish through international and domestic trade, its lack of xenophobia, and a networked web of self governing village units. The British destroyed the local government model an imposed a inflexible central rule which contributed to many famines. India unlike Britain, is vast and diverse with a complex society, and Indian people have a multifaceted identity resulting in overlapping communities of religion, language, culture and ethnicity. For example Christian weddings in many parts of India incorporate local wedding traditions into the religious ceremony.

India had been invaded many times. Each time more and more people and their cultures got assimilated in to Indian society adding to its richness and complexity. That is, until the British came. Indian society had developed a robust system for dealing with conquerors, but the underlying assumption was that the conquerors were here to stay. So the British baffled existing systems that functioned under the faulty illusion that the British too would be assimilated and become one of us.

blended into a complex amalgam

forged the social identity of an Indian

by those most intimately

But by no means isolated

villages were in fact well connected

with goods and ideas freely traded

even with lands far away located

The Raj introduced the simplistic census

With rigid categories to divide the populous

constrained and hacked would cease to be

to belong to one implies

to despise all else

Caged in an identity

the seeds of resentment bloomed

The walls were made to close in

The terrifying walls obliterated the memory

that the original purpose of community

was to enable co-operation

and not foster division

We can not wipe out history

and what it made us be

but we can look back and see

how it came to be

makes up our identity

Not the rigid walls

Not the boxes we tick

But friends and family

who coexisted for eons

tell us how to belong

but a work in progress

we have been through too much together

to alienate each other

Did we have religious resentments and caste violence before the British arrived? Of course we did! We did not live in utopia. But whatever our differences, we coexisted for generations thriving both culturally and economically. The British intensified every bit of resentment they could find and sometimes created divisions where none existed. After thoroughly impoverishing the country, they dangled limited resources, and even more limited education and elusive governmental influence and goaded communities to fight each other for these. This cruel sport helped strengthen their rule.

Grudges and resentments, once created, do not die easily. They are transferred from one generation to the next, unless a conscious effort is made to overcome them. It's not easy, for someone needs swallow their pride and take the first step, and possibly even the second and the third. We may have thrown off the yoke of British rule, but they continue to haunt us with the legacy of Divide et Impera.

Let us direct our pride towards ensuring they do not succeed, rather than endlessly resenting and blaming communities we co-exist with. Hard though it may be to implement, it is the only meaningful way forward. We need to understand that our hatred is not so much our own, as one we have been manipulated to feel. We need to stop letting contemporary leaders deepen the divide, by pouring salt on the wounds the British gashed into the fabric of our society.

We can't let the ghost of colonialism continue to control and destroy us.