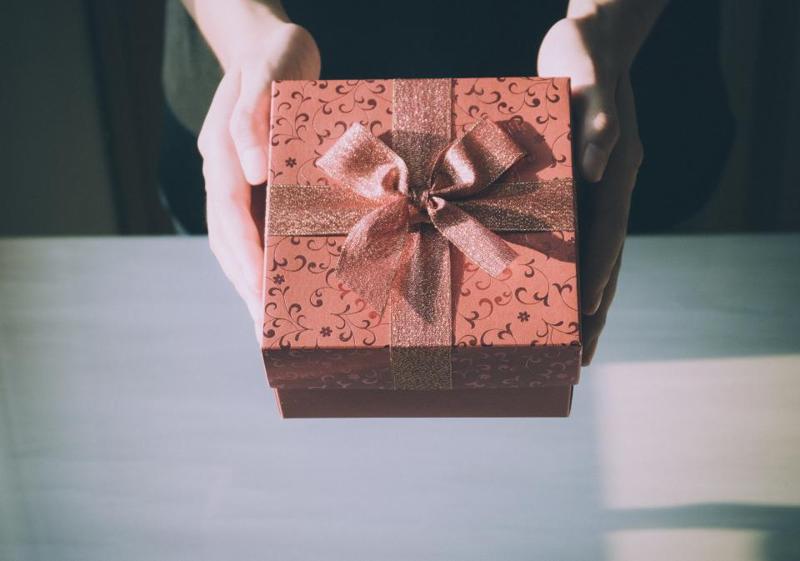 Susheela was having a strange morning. She had woken up as usual, washed her face and started making breakfast. She was about to engage in the battle of waking up her kids, when she found them peeking in through the curtain, that separated the sleeping area from the cooking area of their tiny one room home.

Astonished, she looked at them waiting for an explanation. Even the little one, who had to be literally wrestled out of bed, was up and sparkly eyed. Something weird was definitely going on. Ah, now they were joined by their father, who never woke up till Susheela served him a hot cup of tea just before leaving for work.

“What happened? What have you done?” Susheela asked, getting more anxious every second.

“Happy birthday.” Her husband and three kids shouted in unison.

“What?” She asked confused. She hadn’t even remembered it was her birthday, and no one in the family had ever bothered to wish her before.

“Happy birthday” They all repeated in one voice, just as excited as before.

“Thank you.” Susheela said, still wondering what she was missing.

Then she made breakfast for every one and got the kids ready for school. She made tiffins for her kids and her husband. No one helped her in anyway. Everything was back to normal. As she served her husband his second cup of hot tea, she hurried through her own breakfast, so she could get to work on time.

Madam was very strict about her arriving on time. Saab left for office at 8:45 sharp everyday, so his breakfast had to be served by 8:15,` and his hot lunch had to be packed before he left.

Add to that, in three months, she would need to pay a whopping ten thousand rupees for tuition classes for her older son, who would be going in to the 10th standard. Four thousand rupees of rent was due today, but that at least she had set aside, as soon as she got her salary. The landlord had no patience and had no qualms about putting them out on the street.

It seemed almost god sent, that her husband had finally found a job. The printing shop he used to work for, had shut down last year, and her husband had been unemployed ever since. So she had taken on two jobs, in addition to the two she already had, to compensate for his missing income.

But working so hard and then taking care of all the house hold chores, was taking its toll on her. If her family really wanted to make her feel special on her birthday, they could have made their own breakfasts, she mused. That would have given her ten minutes to enjoy her own hot cup of tea and a banana. What a luxury that would be.

Anyway, now that her husband had found a part time job at a repair shop, even though it paid less than his earlier job, Susheela felt relieved. With his contribution, at least she would be able to soon pay off a significant fraction of her debt and quit that one jhadu katka job, that was particularly strenuous and paid a pittance in comparison to the effort she put in. But for now, she needed every penny she could earn.

On that positive note she rang the bell. Madam opened the door with a big grin on her face. That was strange. She was usually in such a rush in the mornings, she barely acknowledged Susheela’s entry and sometimes even left the door ajar, so she would not have to come all the way to open it.

Perhaps Saab had got Madam her favorite perfume last night, as a surprise gift. Madam loved surprises. They put her in a good mood and she would be extra nice to Susheela, so Susheela had no complaints about them.

Madam was eagerly calling Susheela to the kitchen. Something strange for definitely going on. "Close your eyes Susheela." Madam almost sang out. Confused, Susheela did as she was told, and Madam placed a box in her hand.

“Happy birthday!” Madam cried out in excitement. Susheela stared at the box. She had never told Madam when her birthday was.

“Oh Susheela. Come on, open it.” Madam urged on.

Susheela gingerly undid the packing, as if she was expecting a jack-in-the-box to pop out and punch her nose. But in it, was a large touch screen smart phone.

“Oh Madam. Is this from you? I can't accept such an expensive gift.”

“Don’t worry Susheela. I only paid one thousand of the sixteen thousand rupees. Your husband is paying the rest.”

“Susheela. Don’t worry about that now. Look how nice the phone is. Your husband and children got my number from your mobile and called me. They asked me, if I would but a first rate smart phone for you online. Your husband said, he got a new job and he will pay off the amount in a few months. Your family wanted to surprise you for all your hard work, love and care. I loved the idea and chipped in a thousand. They can’t wait to see you back home.”

Madam’s eyes were gleaming and Susheela did her best to put on a smile. “Thank you Madam. It is very kind of you to do this.” She said.

“You deserve such happiness Susheela. You work very hard.” Madam said and then left for her morning bath.

As Susheela prepared Saab’s tiffin, she recalled how desperately her husband had wanted a smart phone last year. He had begged her to get it for him, and he was so depressed about losing his job, Susheela had indulged him, and ever since then they had been in debt. Debt had a way of spiraling out of control. Susheela wanted, more than anything, to be out of debt.

It was nice of her husband to want to do something special for her. If only he had made the effort to find out what would make her happy, rather than assume that she longed for a smart phone, as much as he did. She only cared for a phone that was functional, and she already had a sturdy cheap one, she had bought just two years ago.

Now if only he had helped her pay off her debt, instead of doubling it, so she could quit that back breaking jhadu katka job; and perhaps made her a hot cup of tea when she reached home today; she would have been thrilled beyond measure. Besides, how could he spend their entire combined income for the month, when they were already in debt, without consulting her? The thought angered her.

Never mind. She calmed herself down. What was done, was done. She would put on a smile before entering the house. Her husband and her kids had meant well. She would not disappoint them today. But she would talk to her husband about it, as kindly as she could manage, tomorrow.