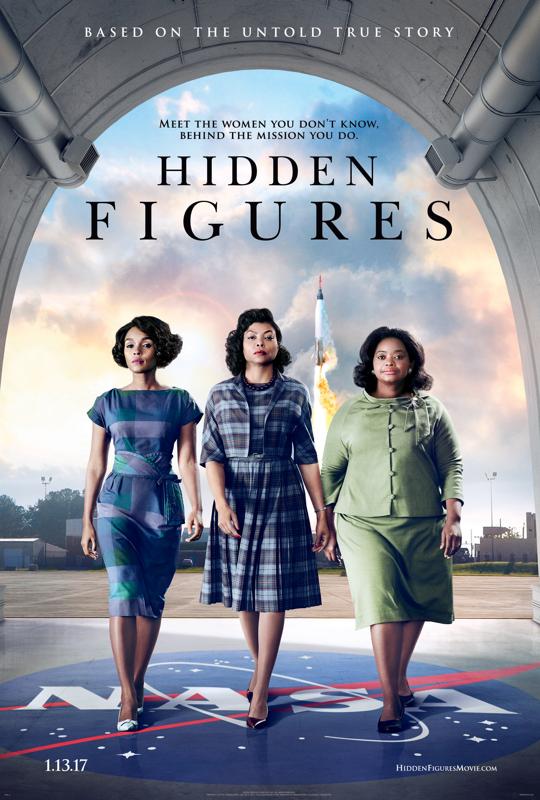 Hidden figures is a movie based on the struggles and triumphs of three African American women who worked for NASA when racism and sexism were rampant. On the backdrop of racism and segregation, in fields where women were a negligible minority, their accomplishments against all odds are noteworthy.

Kathrine, Dorothy and Mary are three intelligent, self-motivated women who work at NASA. They all belong to the Colored Computers of the West Computing Group and are firm friends who give each other boost through the tough times. And times are often tough for a black woman in male dominated fields at the time of segregation.

Dorothy, the de facto supervisor of the group, recommends Kathrine to the Space Task Group as a computer to calculate trajectories because of her expertise in analytic geometry. In spite being the only black woman working in a hostile environment of white people , mostly men, Katrine quickly proves herself invaluable to the group and learns to speak up persistently to get in to important meetings. But will her contributions be crucial enough for her to be formally acknowledged as the author of a paper?

In the mean time NASA gets IBM computers threatening to make the human computers obsolete. Dorothy, foreseeing the danger of all the women in her charge being unemployed prepares them to tackle the future. When the IBM machines are ready, some one will need to run them. Will Dorothy and her team be up for the challenge?

Mary Johnson shows all the promise of being a talented and accomplished engineer but being black she cannot take the classes that are essential for her to work as one as NASA, because they are only offered in an all white college. Can she fight the system to live up to her potential?

Although the movie clearly has a message, it tells a good story, unlike some movies that are so focused on their message that the story becomes choppy and incoherent.

No doubt it is a feel good story, and for this it has been criticized by some, but in my opinion it succeeds in emotionally connecting with the viewers and evoking empathy.

It deals well with both the personal and professional lives of the three protagonists, seamlessly weaving in and out of the two aspects of their lives.

I loved how accurately Dorothy was able to anticipate the future and prepare the women in her charge to face the future from a vantage point thus balancing out the disadvantage society had placed upon them for their gender and the color of their skin.

The persistence and creativity Kathrine demonstrates in her work along with her insistence on being heard, thus tackling all hurdles firmly with grace, filled me with awe.

For someone who has been watching The Big Bang Theory for over a decade, it was nice to see the familiar face of Jim Parsons in a supporting role.

I was surprised that three such talented pioneers just happened to be good friends and of similar age with strong personal relationships. So I checked out the Wikipedia page about the movie and learned there were some historical inaccuracies in time-lines and some facts as represented by the movie both about NASA and the women. Mostly the movie dramatized or exaggerated some things and had some of the dates shifted. But they put together a nice coherent story mostly based on facts, whilst getting the essential message across.

It would have been nice to learn a little more about Mary Jackson, especially since her defining moment, the court battle is historically inaccurate.

In everyday life our prejudices rule us, and the mark of a sensitive and strong person is to fight those prejudices constantly, but it is not easy. On the flip side, we are also the victims of social injustices and often compromise to live with them. But every once in a while we have the chance to be a part of something so much bigger than ourselves. On these occasions we can be motivated to fight our fears and our prejudices so we can all work together to accomplish something worthwhile. Then later, in everyday life, we can draw inspiration from these victories to keep the good fight going.

The many hues of humanity reach for the stars