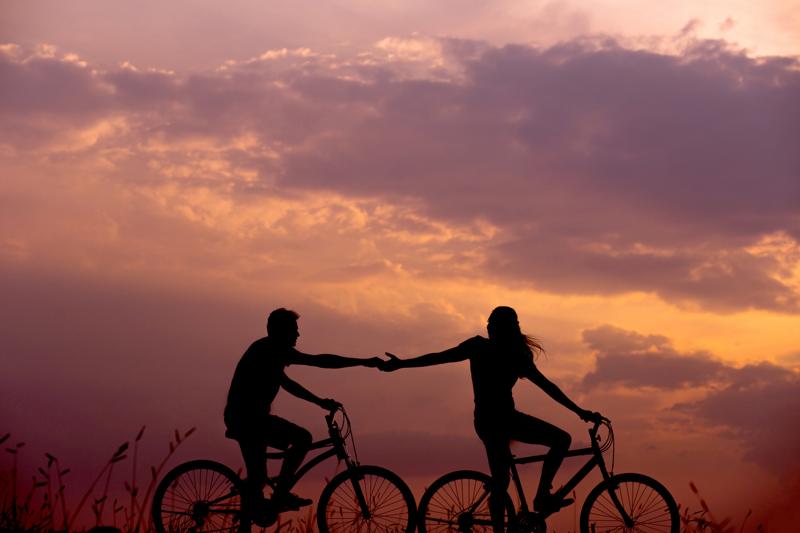 Photo by Everton Vila on Unsplash

Suman rested her head on Rajat’s shoulders. They were on their way home. As they wound their way through the crowded streets of Mumbai city traffic in a bumpy auto rickshaw, they each thought about the last 4 years. Those last years had changed them, robbed them of their bubbly youth, confidence, vigor and optimism. Who knew it could be so hard to do something good?

Just 5 years ago the couple had quit lucrative IT jobs in the USA and returned to India to do something worth while, something meaningful and their hearts overflowed with joy and goodness. The couple had a frugal lifestyle, and had managed to save up a lot of money in the US. Apart from buying a modest flat in Navi Mumbai, this money was invested in their business.

They set up a manufacturing unit for non-woven biodegradable bags. They wanted to save their beloved city of Mumbai of the ugly, unsightly plastic menace. Within a year of starting their venture, they got a lot of positive press, and they were thrilled. They were super heroes saving the city, much like Suman’s favorite childhood cartoon hero, Captain Planet.

Some select organizations that followed and promoted environment friendly practices, started buying bags from them in bulk. Things were going well. But they needed to expand in to the regular market, for their business to be sustainable.

But soon they found, that changing long term business practices among the masses was no cakewalk. Human beings, like physical objects, are prone to inertia. They resist changed until it is forced upon them. The bags they produced, were slightly more expensive than the polythene bags available in the market, so no shop-keeper or street vendor wanted to have anything to do with them.

The couple suddenly found that they were making no headway. Then one day Rajat had an idea. “Suman, we could sell the bags at a loss and match the price of plastic bags for sometime. Once people get used to them, then perhaps we can slowly increase the price again. You know like having an introductory offer. What do you think?”

“That’s brilliant Rajat. Let’s give it a shot.” Suman could see a flicker of hope again. Yes that was the problem of course. People just needed the transition to be smoothened. She hadn’t lost faith in people yet. They just needed some time and Rajat and she would have to work hard to gain their trust.

This worked well for a many months, and a several vendors placed orders with them. And then came the month of June. The monsoons arrived with gusto and the non-woven bags Suman and Rajat produced were not doing too well in the torrential rain. It wasn’t long before the couple lost almost half the vendors they had painstakingly converted over the last year.

It did not make a lot of sense, because vegetables and groceries did not require perfectly waterproof bags. “Perhaps we can do an ad campaign explaining this.” Suman suggested.

“You know Sumi. That may just work.” Rajat smiled for the first time in 3 days.

With renewed vigor the couple launched an aggressive advertising campaign, with some catchy slogans, educating people about the evils of polythene bags, including some horrifying pictures of Mumbai’s creeks and landfills.

Some NGOs and student organizations supported them and helped them advertise, but the campaign died out after a while. People were used to their convenient plastic bags, and would not part with them. When the monsoon exited some of their vendors returned, but not enough.

Suman and Rajat were in a dilemma. Should they give up and cut their losses? They were not ready to do that yet. They still believed they could succeed. May be if they could come up with a water proof option. They heard about some vegetable starch bags that looked and felt just like plastic, and were waterproof and biodegradable. Perhaps this was their solution.

They borrowed money from friends, took a mortgage on their house, to set up the manufacture of biodegradable plastic-like bags. But without a large customer base, they could not derive the benefits of economies of scale. So the bags were expensive and did not sell much.

The next year was a harrowing nightmare. The couple were going to be bankrupt. They worried about their employees too. Whatever would they do? Would they never catch a lucky break? Should they give up? But how could they give up? They were so deep in debt already. How would they get out of this?

Then last month, out of the blue, an unknown company offered to buy them off. They would pay them enough to cover their debts and mortgage and pay them fifty lakhs more. Moreover, they would keep the business running and retain the employees.

Rajat and Suman were in a desperate situation. They couldn’t believe their luck. Who was this person who headed this company? Not much was known about the person. The couple talked to their lawyer, who said the deal checked out and was definitely legit. Suman and Rajat could tell, that the buyer was well connected because all the paper work was expedited. Perhaps he knew someone at the top levels of the state government.

But one thing really puzzled them. Why was this person in such a rush to buy a failing business? It seemed very odd.

“May be he wants to use it for money laundering or something.” Rajat said in the rickshaw.

“May be.” Suman wasn’t convinced.

“Sumi we have got a second chance at our lives. Who cares what he wants it for? Our lawyer said that our liability was covered remember. We can start afresh.”

“True.” Suman cheered up. It was just her and Rajat again. A huge weight had been lifted off their shoulders.

They started an IT consultancy company using the money from the settlement. “Let’s stick to stuff we know we are good at.” Suman had suggested and Rajat had whole heartedly agreed.

Their IT consultancy business was going well, affording them a comfortable lifestyle. It was nice to be able to afford a car again. And the best part with this business was, they could work from home on most days. No factory to go to, only some client meetings, and some of those were conducted over skype.

Suman and Rajat had just finished working on a presentation. They decided to take a tea break. Rajat switched on the news.

The lady was talking about a Maharashtra wide plastic ban, especially focused on plastic bags. Suman stared aghast at the TV and then looked at Rajat. He let out a low whistle.

“I knew it. He was up to something. He knew about this. That’s why he bought us off.”

Rajat nodded. He felt rage for a moment, but then he remembered something.

“Sumi we were in dire straits. I don’t know how we would have survived another 6 months. And we are doing well now. So why be angry?”

“But we set out to do good and we were cheated.”

“No Sumi, we did good, did we not? It’s that factory, that we set up that is now going to prosper, and provide an alternative for plastic that is clogging up our creeks and landfills.”

“But nobody will know that. Remember that stupid non disclosure clause he made us agree to. I knew that was fishy.”

“So what if nobody knows Sumi? We do, right?” He looked at her, pushing away a stray hair from her forehead.

“Yes we did darling, and by selling the company when we did, we kept it going. We made the tough choices and that is what good people do.”

The couple hugged and returned to work after tea. But now they each housed a secret happiness that they knew they could not tell the world about, but nobody could take that feeling away from them either.

Disclaimer: This is a piece of fiction, and has no connection to any real life story, and any such connection if found is purely coincidental.