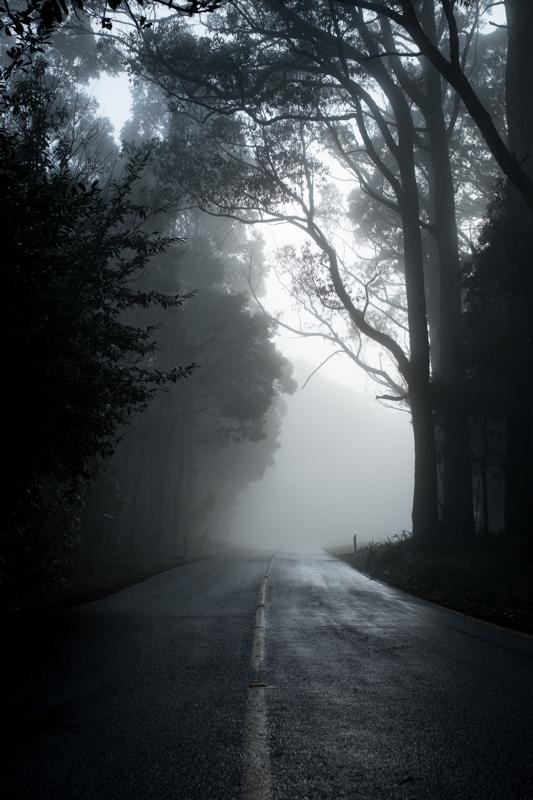 Photo by Michael Mouritz on Unsplash

This is part two of a two part story. Lalita woke up in the middle of the night and there was no sign of her husband Mukesh in the house. Eventually, after quite a few midnight adventures, the couple is reunited, but all is not well. Read on to find out about the dire consequences of their midnight escapades. You can read part one here.

In the morning, when Lalita opened the door to the garbage man, he gave her the oddest look of pity mingled with disdain. Confused, but attributing it to the man having a strange day, Lalita resumed her day’s chores.

Mukesh left for office as usual at 9:00 am. As he passed by, people talked in whispers. What was going on, he wondered.

In the afternoon, Mrs. Sharma from next door invited herself to tea at the Gupta household. Lalita had plenty to do, and after the exhausting night she was in no mood to entertain. But she could not think of a polite way to refuse Mrs. Sharma, so she asked her in and prepared tea.

As they sipped tea, Lalita searched for a topic of conversation, and finally asked about local pediatricians. She still needed to find a good one for Ruchi.

Mrs. Sharma suggested Dr. Bannerjee from the 5th floor and then said, “It’s a good thing that there is a 24 hour medical store near by, isn’t it. Not many localities are so lucky.”

“Oh, not really. But the acidity was bad. He has a chronic problem.”

“Oh chronic is it? How long have you been married?” She asked sympathetically.

“Four years.” Lalita said now puzzled as to how the two issues were connected.

“He has had problems with his digestion for a long time, but ever since he was promoted last year, the increased stress at work has caused his acidity to worsen.” Lalita brooded. “Perhaps this transfer will make things better.

“Yes keep up the optimistic attitude, dear. You are such a brave girl. Be strong for your baby and things will work out. Don't worry. we are always here for you.”

Now completely bewildered Lalita decided to change the subject. “Can you recommend a good GP?” She asked.

Mrs. Sharma raised her eyebrows. “For your husband’s acidity you mean?”

“Umm. Sure ..." Lalita was getting really annoyed with this woman fixating on Mukesh’s acidity as if it were leprosy or some other unspeakable disease that fascinated Mrs. Sharma none the less.

That evening Mukesh returned home looking flustered. When Lalita opened the door, he was looking over his shoulder wiping the sweat off his brow with a handkerchief.

Mukesh entered and firmly closed the door behind him before he spoke. “This society is stuffed with crazies.” He blurted out. “Loons, I tell you.”

“Why? What happened?” Lalita inquired again. She was starting to feel worried.

“A bunch of the men here, they accosted me.” He said, shaking a little. “They said that I needed to behave myself. My type of people were frowned upon in this society. They said the next time I have acidity, I better take a cold shower. The watchman has been told not to let me leave the society after midnight and before 5:00 am.”

“What?” Lalita was baffled. “Why are they so obsessed with acidity?”

“What do you mean?” Mukesh asked.

Lalita recounted her conversation with Mrs. Sharma and the couple started at each other in confusion. Then Lalita fell in to a thoughtful reverie. Slowly as she thought about everything she had heard from Mukesh and Mrs. Sharma, things started to fall into place and make sense. She burst out laughing.

“Lalita! Lalita! Are you going crazy too? What’s wrong with this place?” Mukesh was exasperated.

“No. it’s just that I finally understand what happened.”

“Well you know how nosy people here are. They were looking out of their windows last night to find out what we were up to. I bet nothing much happens here and last night was the most drama they have drummed up in years.”

“Drama? How do you mean?” Mukesh was getting more and more confused.

“Okay I’ll spell it out for you. Imagine a new couple shows up with a new born. Suddenly the husband goes missing at night and the wife is running around carrying a baby in her arms looking for him. Mrs A tells that to Mrs B, who chimes in that the cashier at the medical store told her that the husband bought condoms and and then disappeared for an hour. Mrs C adds that no one can find him and his poor wife is running around searching for him. What do you think they think? Then Mr D reminds them that Mr Paanwaala saw the husband near the park where some young couples make out late at night. I have heard the women here gossip about them. Now it’s a game of Chinese whispers. At each telling, the story becomes more dramatic and exciting, until the society collectively decides they need to do something about it.”

Mukesh stared wide eyed at Lalita. “You mean … You think … They think… ” He couldn’t even say the words, but Lalita understood and nodded meaningfully.

“But that’s crazy. It’s all conjecture. How can they come to these conclusions without even talking to us?”

“Oh but they think they did.”

“Mrs. Sharma came this afternoon to ask me about it. Only, I did not realize she was from the gossip committee. I mentioned your acidity, and she assumed I was using it as a euphemism for your nightly escapades.” Lalita giggled

Poor Mukesh collapsed on the sofa and covered his face with his hands. “This is not funny Lalita. They think I’m a philanderer for god’s sake and you’re laughing.”

“Well what are you going to do about it?”

“I don’t know.” He looked at Lalita in desperation. “What do I do?”

“Nothing, silly. Do nothing. Just go on, normally. Soon something else with grab their attention, and this will be forgotten. Until then, just lay low and keep out of people’s way.” Lalita pranced off to feed Ruchi who was demanding her attention again. But as she fed little Ruchi she was overcome by another fit of giggles.