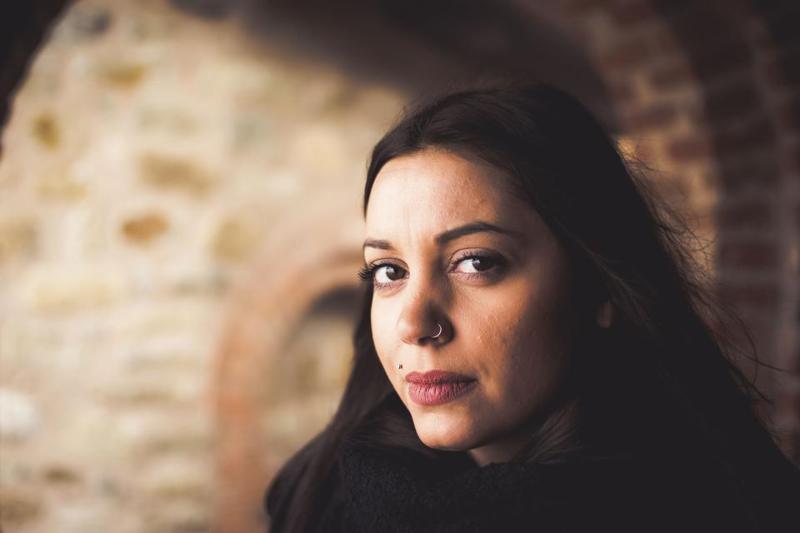 Richa was on the terrace of her house in Seattle. She was all ready for the rare event. It was still an hour away, but she did not want to miss it. Her husband, Vik, had already left for office. He worked for an Indian tech firm that had offices in Redmond.

She had woken up early, made spanish omelettes for breakfast, and gobi parathas for Vik’s tiffin. Then Vik and she had breakfast together. This was her favourite part of the day. This was when Vik and she could chat, about books and current affairs and gossip about family and friends, like they did in the old days.

But after Vik left Richa, felt lost and empty. A year a ago, Richa too was working as a software engineer, in Bangalore, whilst living with her parents. She had a large extended family in Bangalore, and they were all very close.

Richa had always loved having family so close by, or at least she did, until she turned 25 and they started hounding her to get married. Initially, there were subtle hints and some teasing, but after her cousin Monisha got married at the age of 24, Richa couldn’t visit family without being interrogated about her future plans, which, as far her family was concerned, must include a husband for her.

Initially, Mama and Papa had kept out of it, but as her 27th birthday approached, they too started nagging her. Finally, Richa gave in to their demands and made herself a profile on a few matrimonial sites.

She wasn’t very keen but Mama was managing it all. She would look through the profiles and send Richa some email addresses and phone numbers of men, she considered suitable. Richa went out for coffee with these guys, to keep Mama happy, but the dates were usually boring as sin.

Then one day, one of the guys, surprised her. He had a sense of humour, wasn’t self absorbed, and she felt quite at ease with him. They chatted about books, movies, TV shows and current affairs. She did not even notice, when a couple of hours flew by.

Of course, there was a second date and a third and then Richa brought Vik home to meet her parents. The two of them dated for another few months, when the company Vik worked for, offered him a transfer to their office in Seattle. Vik was over the moon. Richa was thrilled for him. It was his big break. They went out for a celebratory dinner, and that was where Vik proposed to Richa.

Long distance across continents wasn’t easy. But Richa had a lot to look forward to. They had a quick court marriage before Vik left but, the big fat Indian wedding was in 6 months. Vik had gone on an H1 B visa and had already put the paperwork in motion for Richa to join him. It was expected that the H4 visa would be ready in about 4 or 5 months so they planned the wedding soon after.

That way Vik would come down for the wedding ,and the couple would return together. The promise happily ever after, and a passport to the new world made Richa euphoric. She longed for the day, that Vik and she would cross the ocean, and start a life together. Richa had quit her job, just before the wedding. Her firm did not have offices near Seattle, but Richa was good at her job, and she expected to be able to get another one in Seattle. And now here she was.

She sighed, as she picked up the eclipse glasses, she had bought the night before. She tried to look on the bright side. She would have missed an opportunity to see the eclipse, if she was working. That’s what this past year had been about, trying to stay positive, and not succumb to depression.

Soon after the honey moon period, Richa hoped to get a job. Neither of them wanted children yet. But Richa had not realized how hard it would be for her to get a job here. Because of the unpredictability, rigid rules and long gap between application and start date of an H1B visa, it turned out to be very difficult to get an and employer to sponsor an H1B visa whilst on an H4.

There were shady ways to do it, but they were not reliable and Richa wasn’t ready to be an outlaw yet. Studying was a legal option, but they could not afford the tuition for her to do her MS in engineering, yet.

Add to that, Vik was working long hours and was exhausted, when he came back from work. He often worked on Saturdays too. Breakfast and Sundays, were the only meaningful time they got together.

Richa had also never been so far away from her beloved family. She longed to spend time with them, even though they had been very annoying for the last couple of years. Her family had always made her feel safe and rooted. They were always right there, when she needed a hug, or a sympathetic ear over a cup of tea. Yes, she could talk on Skype and the phone, but it just wasn’t the same. Without her family, she felt like a drifting gas cloud with nothing to hold her together.

There was little enough to be happy about these days. She could read all she wanted, and she visited the public library regularly and brought home stacks of books, but she needed more purpose in her life. She needed some goal to work towards.

She wondered if she should use the time to have children. Her parents would have liked that. Plus, her biological clock was ticking. She would talk to Vik about it tonight. But she still felt like she needed more. Even if she got pregnant right away, a baby would arrive only 9 months later and it may take a couple of months to get pregnant.

Suddenly the light began to fade. The temperature dropped. The birds started chirping. It was time. Richa put on the filters to look at the sky. It wasn’t a total, but it was pretty damn close, and it was magical.

Richa remembered her fascination with astronomy in high school. How eager she had been to study the stars, and unlock the secrets of the universe at large. At some point she became practical, forgot her dreams and jumped in to the rat race and became an engineer. No, she wasn’t complaining. She loved engineering too, but she remembered that there was more to her than writing code. There was her thirst for knowledge.

The moon, a piddly little peice of rock and dust, blocked out the mighty sun, but only for a few minutes. The sun could not be eclipsed for long, and neither could she. She would shine again, but in the mean time, she would stay strong and use this as an opportunity to explore the road not taken.

That afternoon, when she went to the library, she picked up several books on astronomy and mathematics and registered for an online astronomy course. She cleared up some space, put her books down in the corner, opened one of them, rolled up her sleeves and got to work. Soon she was immersed in figuring out problems and working through equations. She did not even hear the doorbell, until it was ringing incessantly. By the time she got to the door, Vik had entered using his key.

“What happened Richa?” He asked, concerned. He had been worried about her, ever since they realized how hard it would be, for her to get a job.

Then he saw her work corner, and the papers full of scribbles and calculations, and he understood her abstracted look. Relief and happiness washed over him. He hugged her and asked, “What happened today? Tell me all about it.”