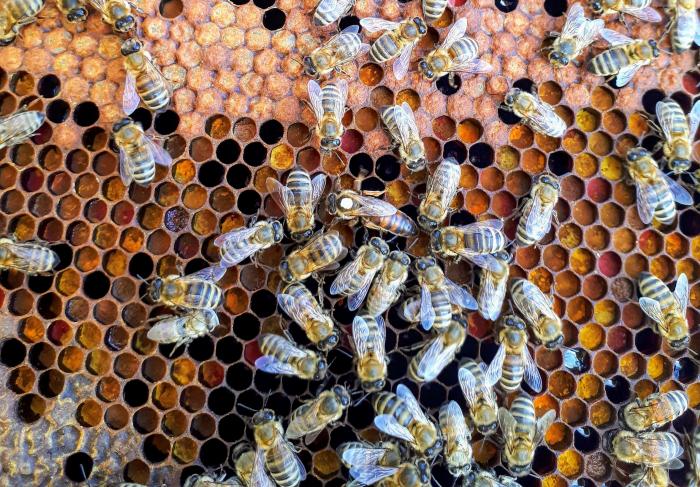 Here is a question Ashiwini asked me in an interview about a couple of years ago.

The interview was a part of the #AuthorChatter campaign hosted by Ashwini, Priya and Anshu to help self published authors gain some visibility.

I was so confident, that horror would be one genre I would never touch. On many occasions I have claimed that I like to learn new things and experiment. But everything has it’s limits, right? And for me the line was drawn at horror, the lakshman rekha I would never cross.

Well you know what they say, never say never.

I like consistency. It’s important in life, but everything is healthy in moderation and the same goes for consistency. Beyond a point, like my husband likes to remind me of a well known quote, a foolish consistency is the hobgoblin of small minds.

Okay enough with the cliches. But seriously, isn’t life all about pushing that lakshman rekha just a little bit at a time? There was a time I wouldn’t touch science fiction, and now I can’t get enough of Asimov, Star-Trek and Rosemary Kirstein.

So one morning, when I woke up to a strange Whatsapp message from Priya, I was amused, but also intrigued. She asked me if I would like to contribute to an anthology of horror stories.

My first reaction was, this is a joke, right? Don’t you remember what I said on that interview to Ashwini on #AuthorChatter, I almost typed.

But then I stopped. The idea of being a part of an anthology of short stories was definitely appealing. Priya, I knew from experience, was pleasant to work with. This would definitely be a challenge, given my complete and utter lack of knowledge and experience in the field, but then again I was jonesing for something new and different. My eyes twinkled, and with a mixture of trepidation and excitement I typed,

The deed was done. I had made a commitment, and now I was panicking. My husband joked that I could put my fears to good use, and write about the horror of writing horror. I glared at him, because I was too preoccupied to come up with a witty retort. No, I wasn’t thinking of backtracking, but I was scared. A million questions of self doubt raced through my mind. Was I crazy? I knew nothing about horror for crying out loud.

In fact, when I was in second grade, during the preparation of some school function, the older girls were put in charge of entertaining the younger classes. The ninth grade girl, who was supposed to keep us quiet and entertained, decided to tell us the story of The Omen. She certainly kept us quiet. We were too terrified to utter a peep. I had nightmares for a week and was scared of being left alone. Even months later, thinking about the story frightened me. I decided never to read or watch horror again.

I always had low tolerance for violence and gore, and paranormal stuff just gave me sleepless nights. But with time, awesome TV shows like Bones and House have helped me become less sensitive. My rational mind had become better at fighting off illogical fears, and perhaps now I was ready to tackle horror.

I found The Hive, the collective of writers I had just joined, a very helpful and supportive group. They were happy to help out a horror virgin. Author#3 Varad known for his twisted imagination, eased me in to the genre by providing links to some awesome short stories. Who knew Dickens wrote horror? Well, I guess I should have, for my dad had tried to get me to read The Christmas Carol since I was 10, but I never did, because of my lakshman rekha. Anyway, I liked The Signal Man. That’s when my husband suggested the classics.

So I buried myself in research. What can I say, I'm a conscientious soul ;) For a week or two I worked very hard reading a few other short stories, Frankenstein and The Invisible Man. I found that I still wasn’t a big fan of paranormal stuff or gore, although the imagery can be quite compelling, and the suspense gripping, especially when executed by Author#1 Ell P, but there was a different kind of horror that I came to appreciate.

The horror of being haunted by one’s own conscience and not being able to do anything about it. The horror of being a monster, knowing it, and still not finding the courage to change it. I was completely stunned and impressed by the identity of the monster in Frankenstein. That’s when I realized that a good horror story required a deep understanding of human nature, insecurities and the baser instincts that humans struggle with day after day.

In The Invisible Man, H G Wells beautifully illustrated the idea that the devil is in the details (pun intended, always!). I mean, who doesn’t want to be invisible, right? But wait a moment and think it through. How would it work?

Frankenstein and The Invisible Man, although very different in their plots and styles, share an important underlying idea. Humans are horrified by anyone or anything different. This is the essence of xenophobia. The irrational and overwhelming fear of the different, especially if it is intelligent, will drive humans to cruelty before they even make the slightest effort to understand it.

Now human insecurities and interactions is a subject I love writing about. So, finally, I had an angle I could work with, and horror certainly provided an interesting new platform. It took a few weeks, but then I came up with a short story I was quite pleased with.

I hope you’ll grab a copy of the anthology when it’s out on 13th March 2020 and check it out. I’d love to know what you think.

I’ve read some of the other stories in the anthology, and I can tell you that we are putting together quite a diverse collection! I had no idea that horror had so many sub-genres and could be so versatile! And there are quite a few more I am eager to read.

Working as a collective, brain storming together, designing covers, coming up with code names and interesting prompts for The Hive’s facebook page has been a fun and exciting experience. Oh yeah, did I forget to mention that The Hive wants to grow and be interactive? We want to actively engage our readers and create a community around anthologies of short stories.

So every week, The Hive publishes two prompts, a word prompt and a picture prompt for minitales with 100 words or less.

The winning entry of each minitale will be published in our anthology of short stories.

As one of the 13 members of the Hive I don’t qualify to win, but I have had a blast writing the minitales in rhyme just for fun. Here are a few: 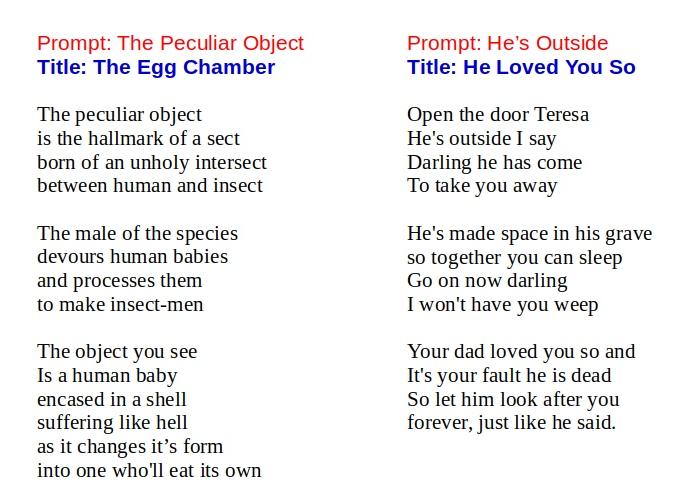 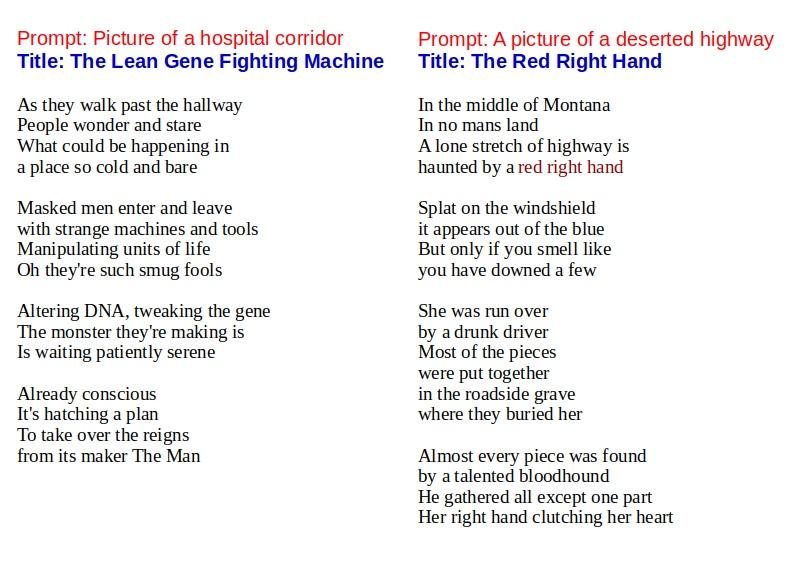 Here is another interesting tidbit. We at The Hive, all have codenames. We publish posts on The Hive’s facebook page using our codenames. Can you guess which codename belongs to which writer? It’s fun to try, isn’t it?

We have loads of activities for you to participate in and get some laughs out of. So if you haven't already done so, come on and join The Hive facebook group for warmth, laughter, thrills, chills, comradrie and competition! Yup, we are a bundle of contradictions.